We have well over 700 signatures (361 online, over 380 on paper. To celebrate this, here’s an interview with someone who very recently signed online. She’s Rosetta Ceesay, from Gorton. See here excellent answers (and click on the podcast!). Meanwhile, please keep encouraging your friends and colleagues who live, work or study within the boundaries of Manchester City |Council to sign the petition and share it in turn.

1. Who are you, what do you do, why did you sign the petition? 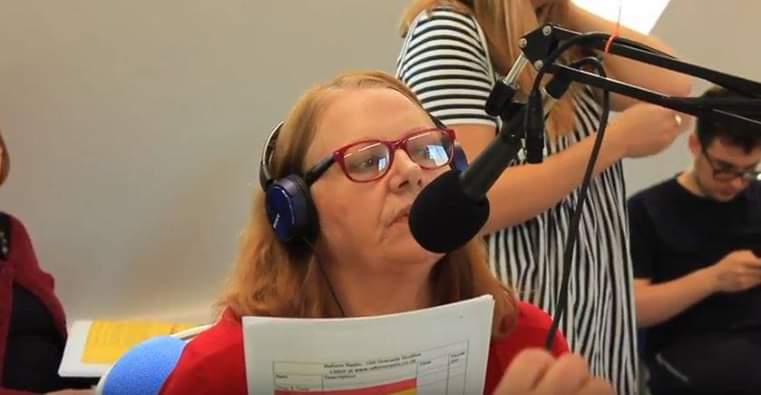 I’m a semi-retired University Graduate, artist, and co-director of a charity in The Gambia, West Africa. I am actively involved in many groups including the Age Friendly Collective in Manchester Art Gallery and with Sonder Radio.
I signed the petition as part of my charity work in Gambia involves taking Climate Change action. I was honoured by Green-Up Gambia as Woman of the Year in 2017 as they were impressed by what I am doing in the bush village of Batti. This included spearheading the planting of a cashew tree forest, and over 300 fruit trees around the village. Food for the future, dealing with desertification and attempting to eradicate malnutrition. The people won’t cut down fruit trees as they need food. I had to fundraise to have a borehole hand dug so that we could have enough water to keep the trees healthy also to provide clean water for the villagers. There is no electricity so digging 20 metres down to the water table wasn’t easy and transporting pipes, a reserve tank and solar panel there by donkey cart from the nearest highway also wasn’t easy, but we did it. Water provided by a solar pump is climate change action too. I wanted to do what I do in an informed way so studied the Open University Futurelearn course: Climate Change – The Science. That way I know the importance of urgent action worldwide on the issue of Climate Change and I really want Manchester Council to take the matter seriously as I see the impact of climate change over time in The Gambia more noticeably than here so Sir David Attenborough is right that UK need to act now.

A little of what we do and I have been at the protests in Manchester talking to activists too, as mentioned in this.

CLIMATE CHANGE PROTESTS AND OUR ACTION 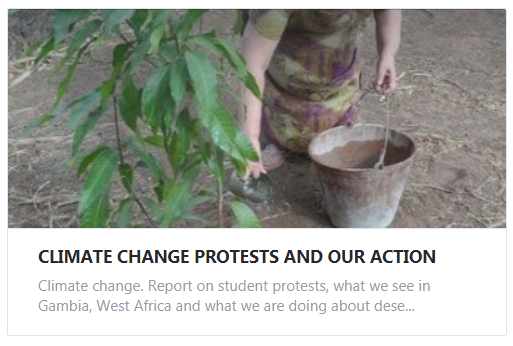 2. Have you tried to get other folks to sign yet? If so, how, and how did that go?
I have shared the petition on Twitter and Facebook and will keep talking to Manchester people about this. Climate Change is something we, the community, all need to become more aware of and take action on. It should not be left to students skipping school protesting… this is our planet and we need to look after it for ourselves and future generations.

3. What suggestions do you have for those trying to get more people to sign the petition
Keep trying. Educating the people is part of it and showing an example by doing something ourselves.

4. If Manchester City Council DOES declare a climate emergency, what should its first actions afterwards be?
Manchester City Council needs to pledge to keep as much green space as possible in the city, to plant trees, and to reduce landfill waste which produces too much CO2 also increasing levels of Methane which people don’t seem to talk about but which also endangers the environment. The use of plastics need limited and that includes some going to recycling projects which only serve to keep plastics in the environment, which is questionable. They need to set targets but remind themselves that it is easy to set targets but also that it is essential to take steps to meet them though it may not always be easy. More solar and double glazing. Some “technical fixes” like adopting renewable technologies such as the use of ground source heat pumps and biomass boilers would not be cheap but is really recommended. Perhaps the Councillors themselves need to know more about Climate Change and important issues such as “tipping points?”

5. How do you think citizens could/should act to make sure that such a declaration is followed up with actual actions? What skills and knowledge are needed for that?
Education, education, education! We all have joint responsibility to make Change work and to implement Climate Change Solutions. That same Manchester spirit which was shown following the Manchester Arena Bombing needs to be encouraged. A “we can and will do it” attitude can be encouraged and powerful. As we saw with the Climate Change protests, schools are doing an amazing job with Manchester youth which is to be applauded. There are many experts at University of Exeter who could speak at other Universities and organisations. Dissemination of factual, up to date and reliable information is very important.

6. Anything else you’d like to say
I would encourage people to sign the petition, and to support any climate change groups they may become aware of. Also would encourage everyone to do their bit because as the protesters say “There is no planet B.” This is it and we need to act now.