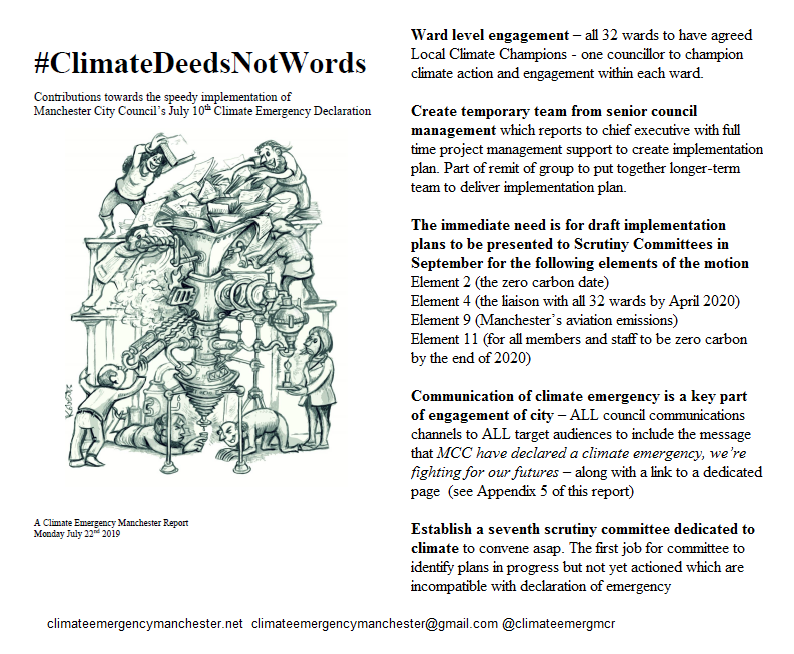 A  new report calls on Manchester City Council to create a climate change war room, and bring plans forward  for re-examining the target date to be carbon zero. The 44-page report, produced by Climate Emergency Manchester (1) is entitled Climate Deeds Not Words.

The report calls on the Council to

“Two weeks ago Manchester City Council unanimously supported a climate emergency declaration, with 23 elements to it. We’ve produced a report that urges the Council to turn words into deeds. Our report, produced in collaboration with concerned citizens, puts forward a series of steps we think that Manchester City Council needs to undertake immediately. We have also produced a condensed version of the report that we hope people will present to their councillors.”

Climate Emergency Manchester encourages residents in Manchester to contact their three ward councillors and discuss the ideas provided in the report/summaries.