This may look like a quiet country chapel, but this is actually Northenden Methodist Church, overlooking the busy Palatine Road. Just goes to show that nature produces beauty if we leave her alone… 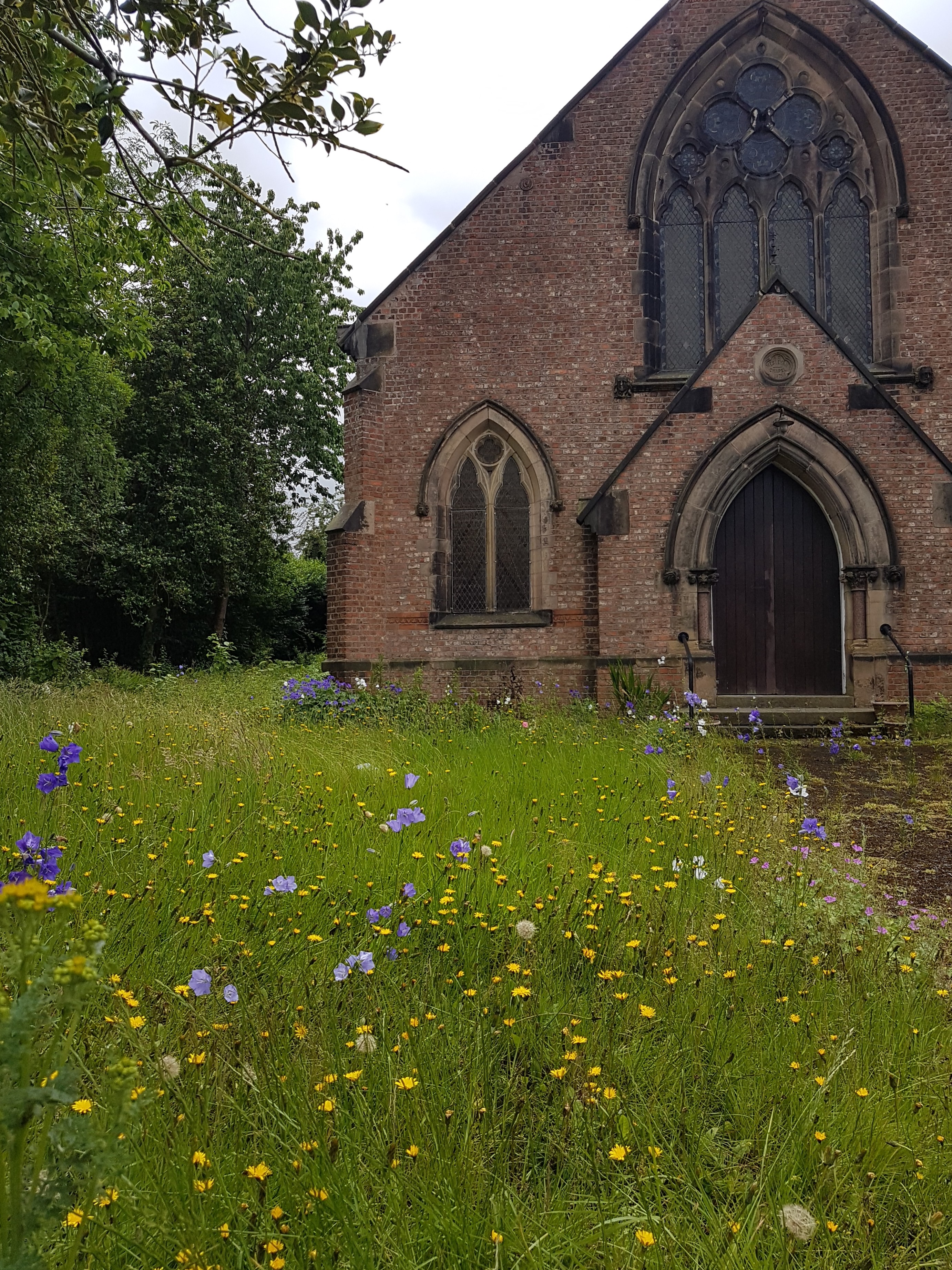 Inside, over 25 residents of Greater Manchester, mostly from the Northenden area gathered today to talk about… well, the Climate Emergency.  On the agenda – what practical actions can be taken, either by concerned citizens or possibly, the City Council – or the two working in combination.  Those who came also  shared knowledge and asked questions about the climate emergency, and what might be done about it locally. We were happy to see two of the ward’s three councillors – Mary Monaghan and Sarah Russell (Sam Lynch wanted to come, but had a prior engagement.) 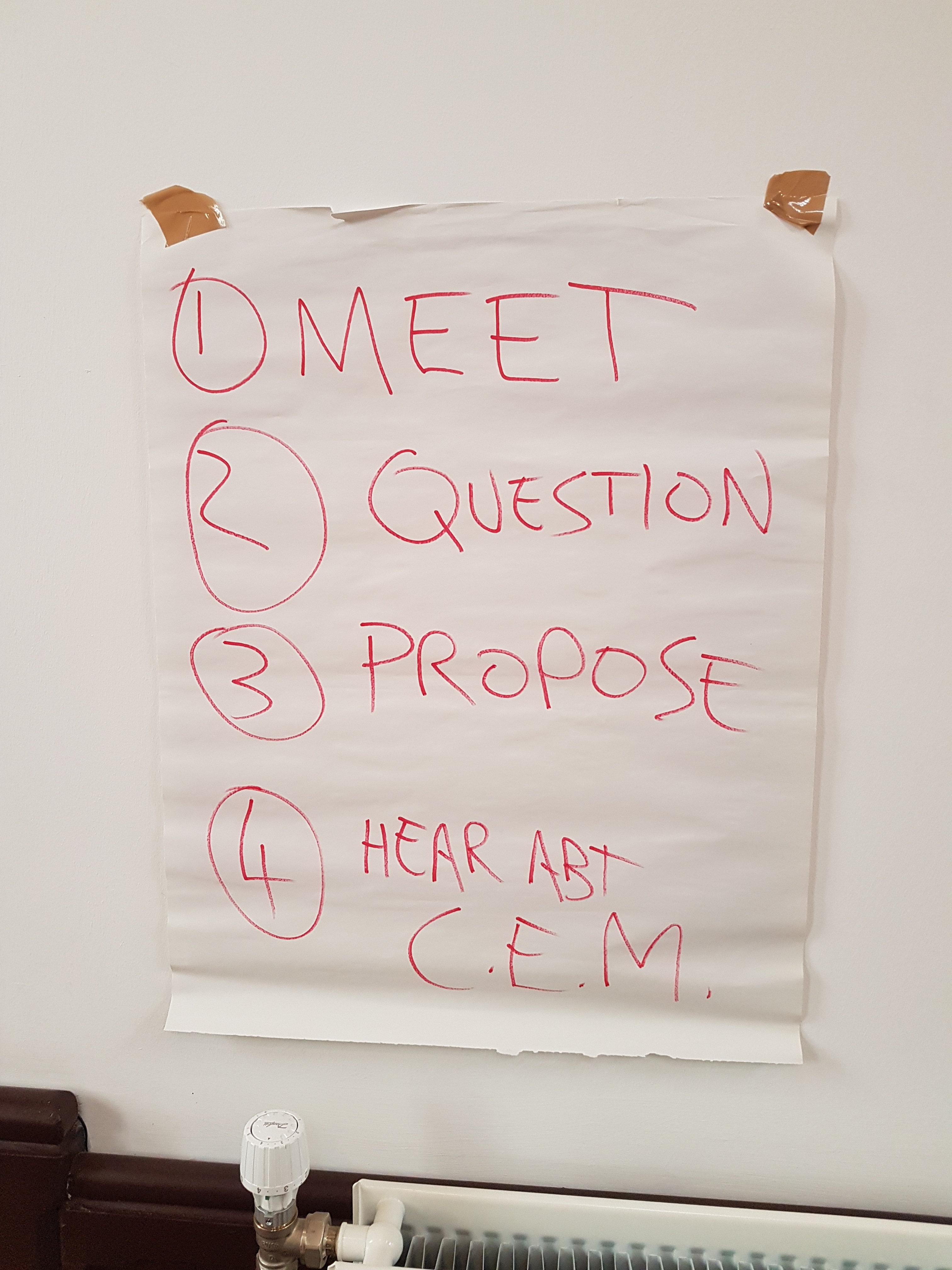 A key goal of Climate Emegency Manchester is to get people who know each other not at all or only in passing to actually talk to each other.  We say that if there’s a meeting, people should meet (“the clue is in the name”).  So, the first thing we did, after thanking the local person who organised the venue and advertised the event, was getting the attendees to talk to people they didn’t already know and just chat.  After a few minutes of that, we asked people to organise themselves into groups based on level of knowledge on Climate Change and related issues. Each group brainstormed questions they wanted to ask of the room.

It quickly became apparent that there was a lot of appetite for discussion on topics as wide ranging as re-opening the local railway station, the recent school strikes by young people in Manchester and further afield, tool sharing, recycling and repairing, and de-growth economics. 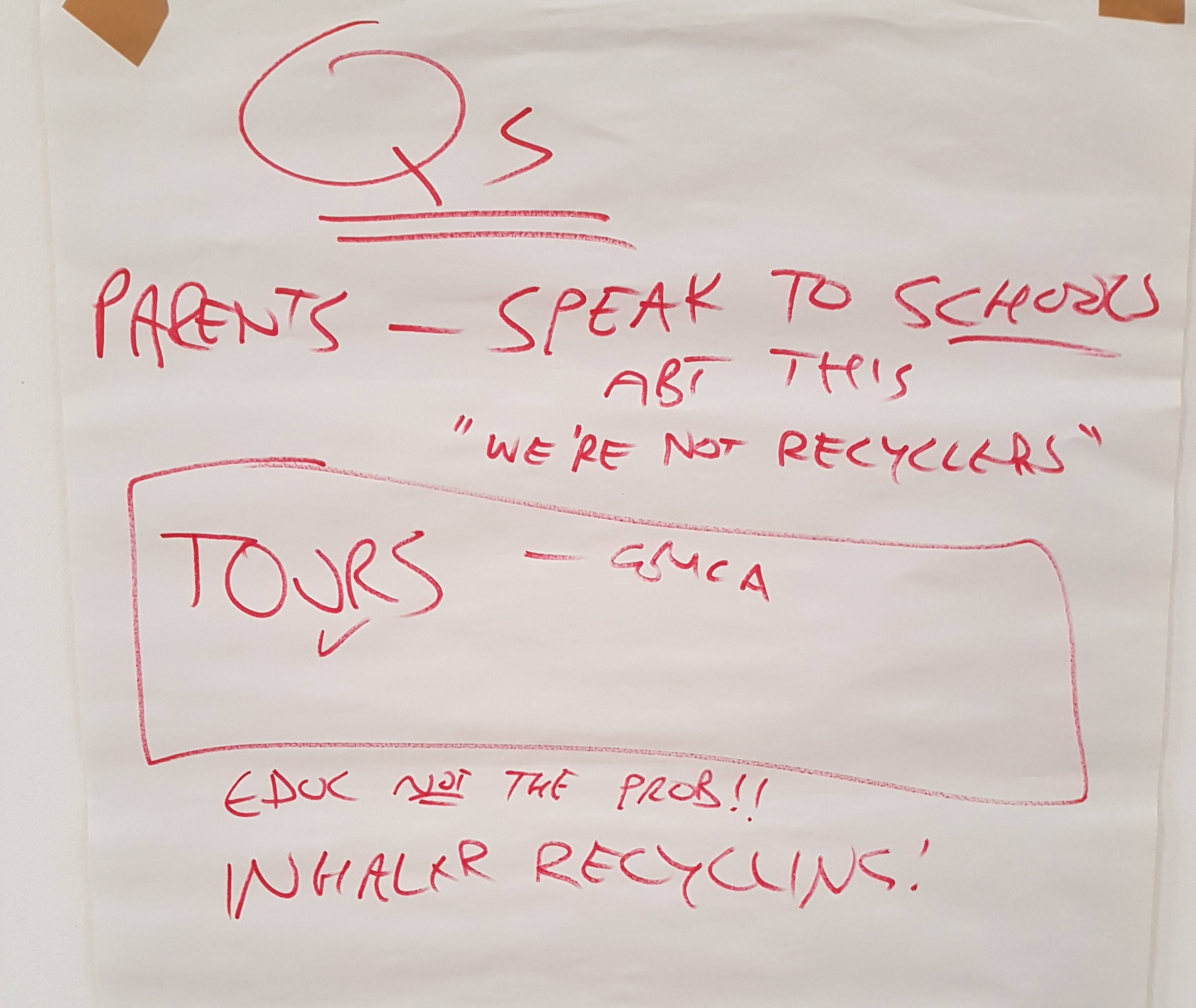 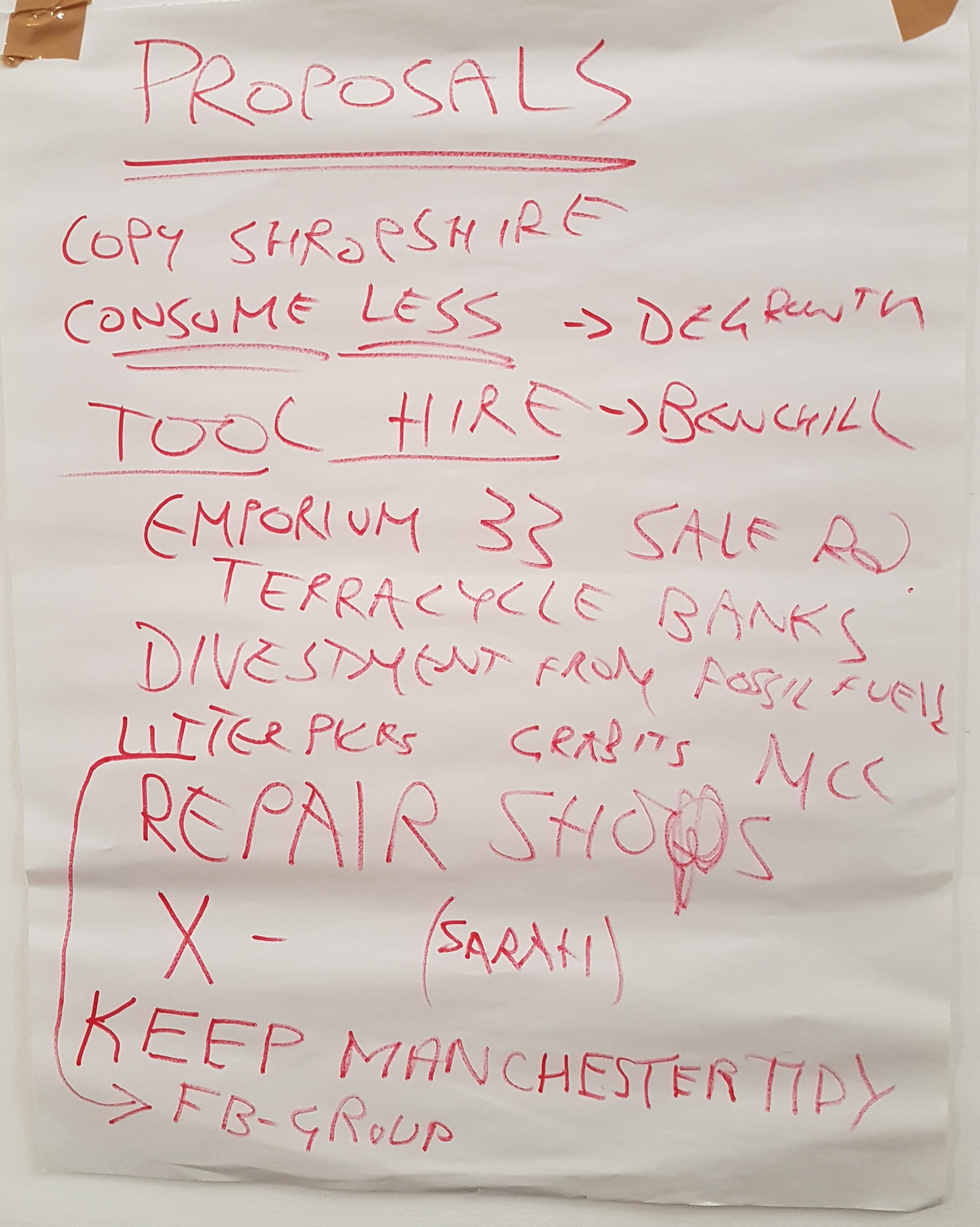 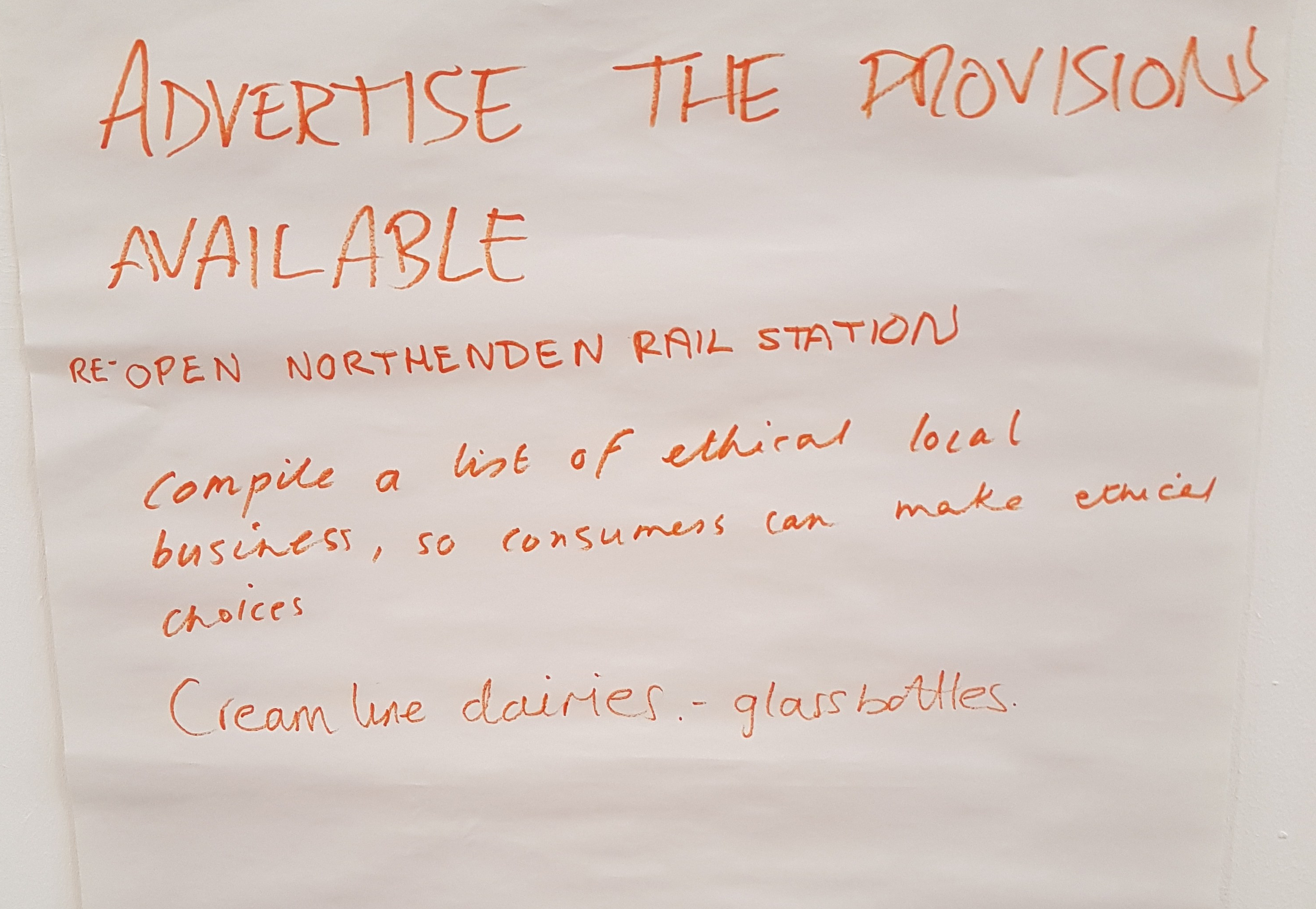 The discussion included comments from the councillors present about how regular litterpicks were already happening in Northenden, as well as adverts for other activities.  We did a brief “advert” for Climate Emergency Manchester, explaining that we are keen for people to be involved at whatever level for however long they want (several people filled in paper versions of our ‘get involved‘ form).

Long after the meeting had formally closed, attendees were still talking, discussing ideas, forming new relationships and discussing ways to take forward the ideas discussed in the meeting. To us, that’s success.  As for other outcomes of the meeting – watch this space!

CEM would like to thank all the people who joined us today for their time, and particularly Amanda for inviting us!

We’re extremely keen to be invited to do meetings like this in Sharston, Benchill, Ancoats, Gorton, you name it – if you want us to come to your place of worship, tenants association, sports club or whatever, please get in touch!   Our preferred format is something like today, helping new relationships to form among the attendees, but we can also do talks followed by Q&As, or workshops.