Manchester City Council has 32 wards, from Higher Blackley in the north to Woodhouse Park in the south.  Each ward has three councillors.

Over the last weeks we’ve been asking people to contact their councillors to find out whether they support the climate emergency motion to be debated on Wednesday 10th July.

The map below is a necessarily INCOMPLETE and PROVISIONAL representation of the coverage.  That’s because some councillors have not been approached, and so might not know that there is a campaign afoot.  Also, some councillors will have responded to constitutents, but that hasn’t gotten through to us.  That said, there are some interesting results here.  Some wards – including the usual suspects such as Chorlton, Rusholme and Northenden – have all three councillors in public support. Other wards – well, we have no word back (again, this does NOT mean the councillors aren’t supportive).

If you live in a ward  where not no/only some councillors have expressed their view, please write to them.

If you live in a ward where all three councillors have supported the motion, why not write to them and say something along the lines of “thanks, btw, what’s your plan to turn the motion into deeds in the coming weeks and months, in our ward.”….

You can find out who your councillors are here, btw.

We will update this map tomorrow, if/when we get more councillors responding. In the meantime, please circulate. 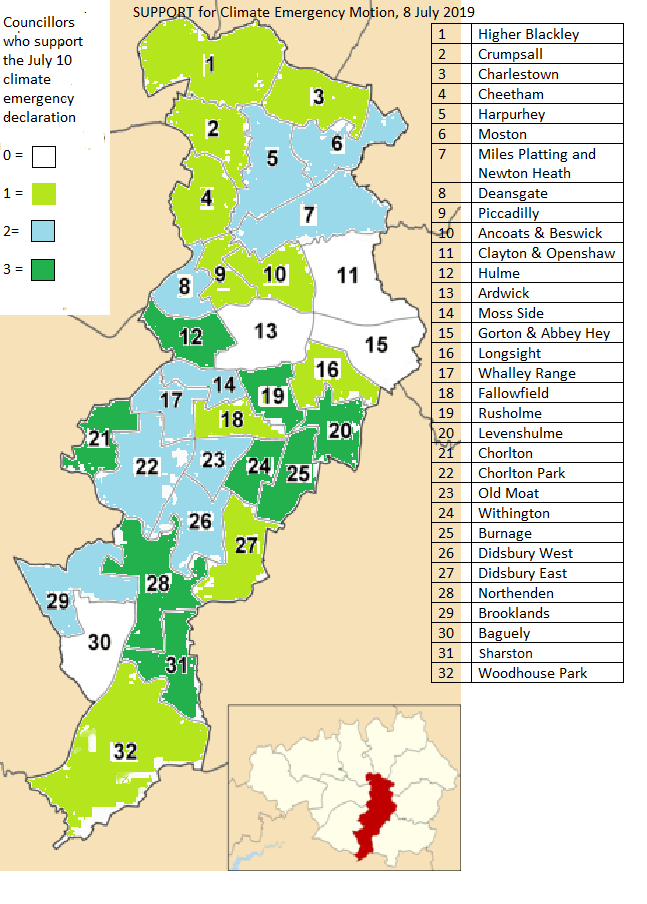