The latest in a series of interviews where we ask, well, basic questions.  This time its Ketan Joshi – @KetanJ0 in the hot seat. If you have other folks you’d like to see us interview, let us know, via contact@climateemergencymanchester.net

1. Tell us a little bit about who you are, what you’ve done, what you’re working on (both academically and activist) 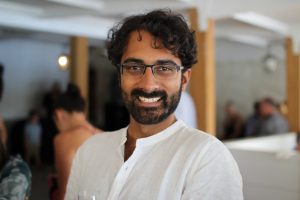 I’m Ketan Joshi, I’m a writer and analyst who focuses on energy and climate, from Sydney and currently living in Oslo. I’ve worked in private, government and non-government orgs that focus on renewable energy, and I’ve written from climate, energy and tech / data outlets. Most of my activism these days is on Twitter, and focuses on government and more recently, corporations. Very simply, I care about the people who want to make the climate crisis worse, and I care about how they try and sell this vision to a public that increasingly doesn’t want it.

2. What brief reflections do you have on what COVID19 and the response to it tell us about the state of human civilisation, and how that does (or doesn’t) relate to climate campaigning

It’s so hard to chew this over when we’re in the midst of it, but I’ve been trying, and it’s becoming increasingly clear that COVID-19 is an intensifier of climate-related problems rather than a mask or a distraction. Stimulus for economic recovery, for instance, will either end up powering expanded fossil fuel burning and worse emissions, or clean energy – I doubt it’ll be somewhere in the middle. With that idea in mind, it’s also clear that many players are taking up their well-established climate roles – such as the climate change deniers pivoting easily to being the people who dismiss the need for social distancing and call for re-opening in the name of the economy. Many climate people recognise these arguments and the root causes of them as very, very familiar.

3. If you look at “the environment movement” over the last 50 years it’s had a few localised successes but the general picture is one of overwhelming defeat.  Assuming you agree (and tell us if you don’t), why is that and what should “the movement” have done differently?

Honestly, I don’t know. It’s hard to look past the magnitude of the foe the environment movement has been up against. Power has been concentrated in the hands of those who are particularly good at harming the natural world with the aim of enriching their lives (and the lives of their personal friends). It is immense, unfathomably immense, and so I feel a little bad classifying the past 50 years as ‘defeat’, as if this has been a fair fight. Plenty of great, smart and passionate people have been working hard in an uphill battle, and without it, we’d be in a far worse position than we are now. It is particularly heartbreaking to see COVID-19 arise when the climate movement was picking up so much pace, but in parallel, to see those stalwarts simply continue their fight despite the stress and despair of the pandemic is astonishing and so great.

4.  What are, in your opinion, the biggest mistakes that the “climate movement” should try to avoid in the next 12 months? What are the motives/institutional incentives underlying the likelihood of those mistakes?

Misunderstanding the nature of decreased emissions and air pollution due to the pandemic as, somehow, nature ‘healing’ the planet is seriously misguided and pretty offensive. Thankfully, the majority of the climate movement has strongly disavowed this philosophy. It’s going to be a terrifying tightrope walk, because there *are* lessons within what will happen. We can learn exactly what a car-free city looks like. We can learn what impact significantly reduced aircraft traffic has. But we can never, ever, ever forget the profound human cost of COVID, and if we do, that’s unforgivable.

5. Based on  your answer to 3 and 4, what in your opinion should people (academics, activists, whatever – you decide)  be trying to do in the next 12 months?

2020 will be a year in which the debate at the heart of the climate movement becomes seriously amplified. This is a test beyond anything we imagined. We (people who know about climate action) already know and understand that reducing emissions is good for the economy, good for human life, good for fairness and good for the human heart. But this argument, which has only just started to become mainstream, is already set to undergo a truly massive test, as a scared and worried world looks to the best way to heal. Nervousness is at x100 levels, and will be for the next 12 months. So if there is any weakness in our arguments, or any vulnerability to attack from our opponents, now is the time when those problems will be terminal. The advocacy of clean energy, energy efficiency, clean transport and a cleaner, better world is about to grow up at a speed that is terrifying, but totally necessary. It’s going be wild and scary, and it is going to be one of the most significant years in the history of climate action – I would posit in both in the past and the future.