Two weeks ago today a 90 minute “conference” took place. Halfway through it, those who attended were surprised to learn that despite the billing as a “climate” conference, it was actually about economic recovery. And then, at the end…. well, you’ll have to watch this video, made by Marion Smith of the CEM core group, to catch the full wonder of it all…

Here are some inconvenient truths. 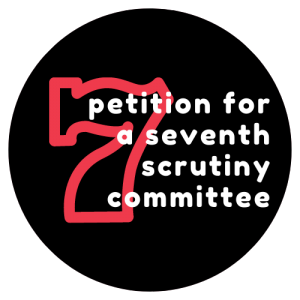 We need reality. One way of getting that reality is a seventh scrutiny committee, with the time for people who live in reality to ask the right questions, and the time to refuse to be fobbed off, evaded.
If you live, work or study in Manchester, you can sign the petition.

Here are seven things you can do once you’ve signed.