Climate Emergency Manchester does not (presently- who knows what the future holds?) “do” civil disobedience. Other bits of the climate movement do.  They may be interested in this free event tmrw (yes, we know, it’s two old white guys, but they are smart old white guys, so it’s not quite as bad as it otherwise could be.). 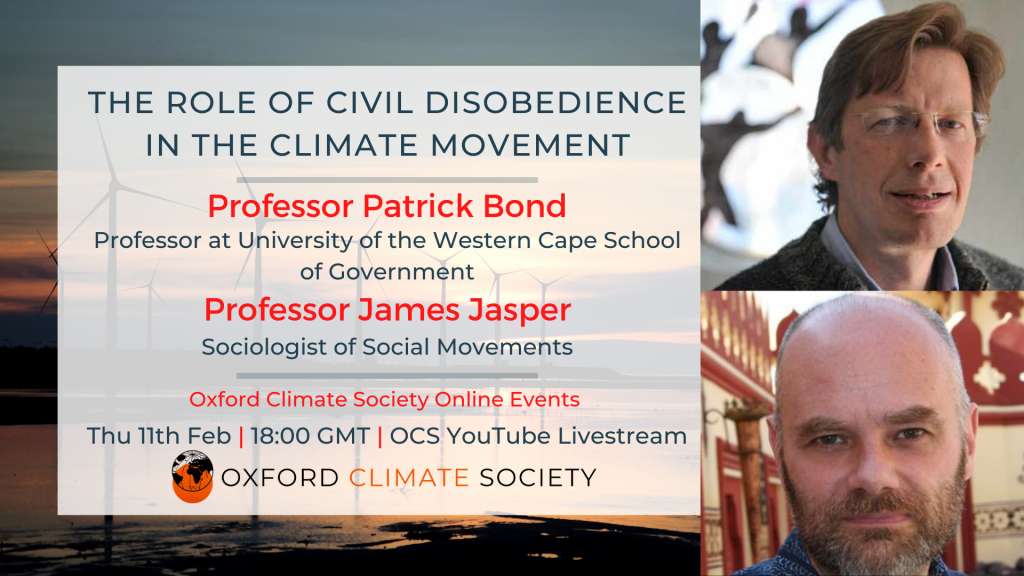 This event will explore whether civil disobedience is now necessary in the climate movement, given the insufficient action taken by governments around the world. And if so, what kind of civil disobedience would be effective in the climate movement, given its global nature? And finally, what lessons can be learned from the successful social and civil disobedience movements of the past?
Professor Patrick Bond, Professor at the University of the Western Cape School of Government in Cape Town and author of books including: Elite Transition: From Apartheid to Neoliberalism in South Africa, Politics of Climate Justice, and Talk Left Walk Right; and Professor James Jasper, author of numerous books including The Art of Moral Protest, Restless Nation, The Social Movements Reader, Rethinking Social Movements, Passionate Politics, Getting Your Way, and Contention in Context.
This event will take place on Thursday 11th February at 18:00 GMT.

For more information and to register:

The event will be livestreamed on our YouTube channel here: