I was told I could just go up and watch. 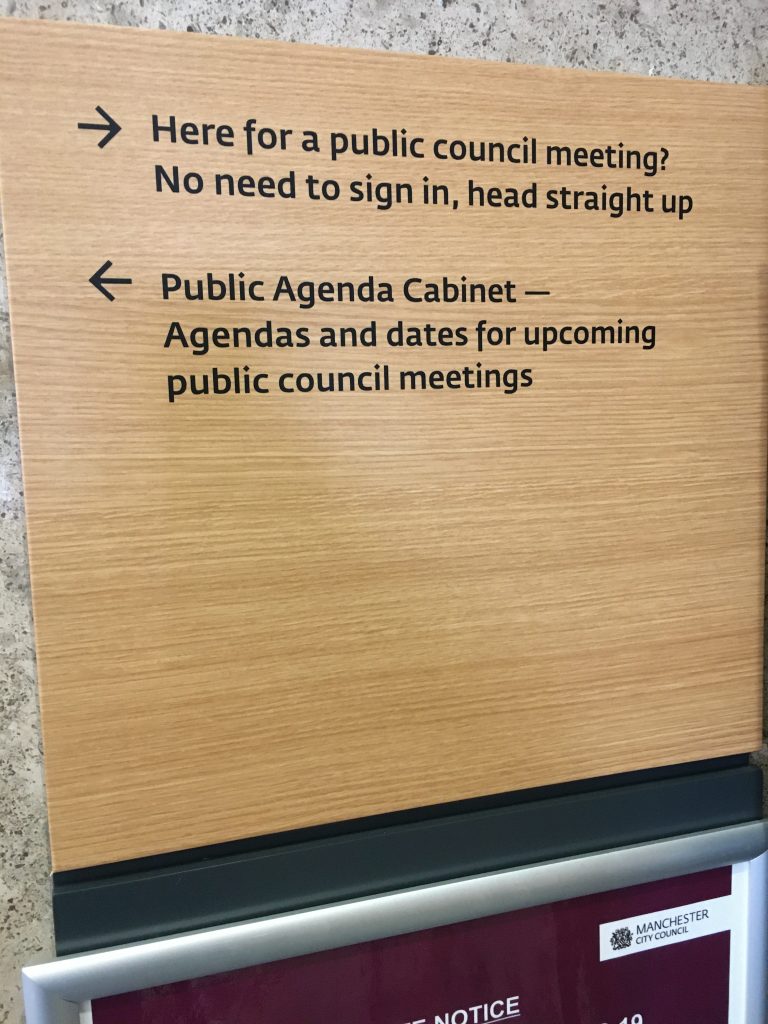 I went to the right, the door was locked. 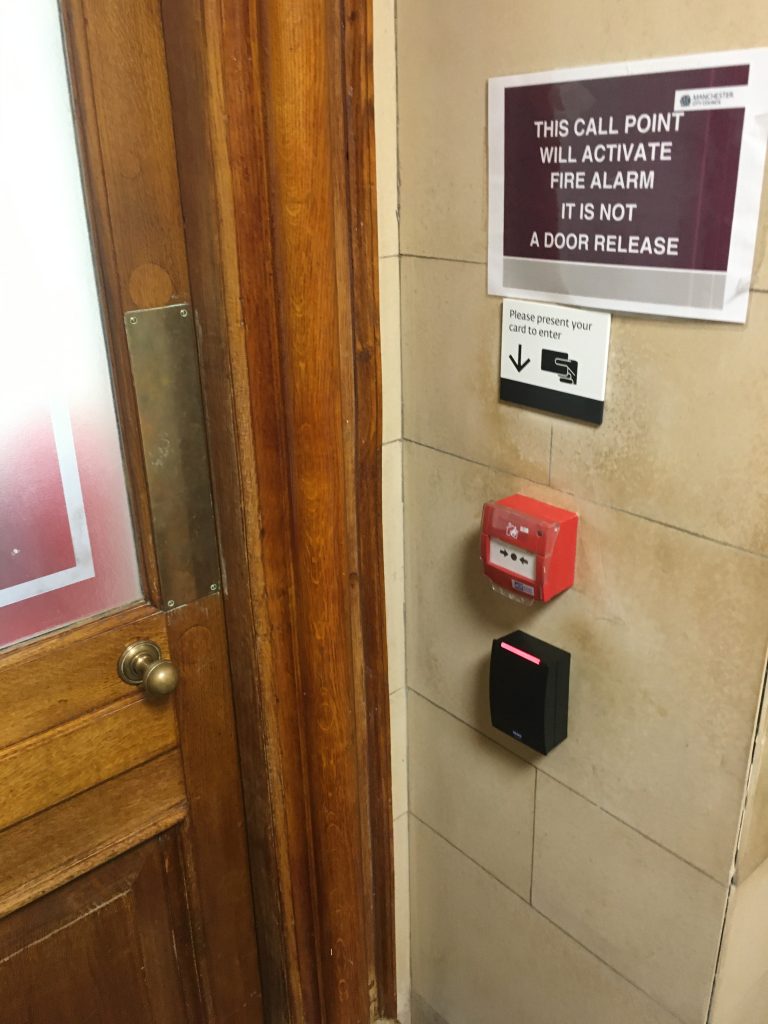 I went to the left, the door was locked.

I walked up and down for a bit, lost and confused.

I tried to get in via the media. Locked.

Somewhere in that account of me failing to get into the public gallery to watch Manchester City Council’s Executive meeting, there’s a metaphor or fable or something, about power, rhetoric and democracy, but you know I just can’t quite put my finger on it…

Today was the first meeting of the new streamlined (from 10 to 8 members) Executive. Gone were various faces  – Suzanne Richards – quit housing gig; Angeliki Stogia – her 4 long years as “Environment” Exec up, and she was unsuccessful in getting another gig) and Carl “un-person” Ollerhead.  In came three newbies, while Richard Leese, council leader since 1896, is joined by two new deputy leaders – Bev Craig and Luthfur Rahman.

By being locked out for the first 10 minutes until a staff member could be found to let me in, I missed about half the meeting, at least the bits that were open to the public (more of that anon).

When I got in, as the only member of the public, they were already on to Item 5, the Revenue Outturn Report 2020/21. Treasurer and Deputy CEO Carol Culley was saying “nothing to see here” and shouting out to the new Deputy City Treasurer   (98 to 105k right there) Tom Watkinson (or Wilkinson).

Next item was the Capital Programme Update. New deputy leader of the council Bev Craig (Burnage) stood up and talked about the 6,400 “affordable” houses being built.  Other Execs (Gavin White, new Housing top dog, Old Moat) agreed it was all very wonderful (1).

Neither of them found the time to define affordable, which is very much the new “sustainable.”
Pat Karney put the entirely unusual suggestion that journalists be given a tour.  He also said that Manchester City Council had a proud record on delivering affordable housing. And there endeth today’s Lucifer Ploy.

Next up was a similarly brief item on Health and Social Care, with new Exec Joanna Midgeley (Chorlton Park) extolling the virtues of Partnership, as you’d expect.

And then The Public Were Excluded, on the one item that had anything to do with Climate Change. It was about the “Civic Quarter Heat Network Business Case”.

You know, that GAS-FIRED heat network.  That one.

What did we all miss?  Well, probably the new Environment Exec Tracy Rawlins (Baguley) said something about being super-new in post and therefore not yet entirely up to speed on this item.

Fun fact – despite being a councillor for a very long time, Councillor Rawlins has not completed her Carbon Literacy training – at least last time we asked, a couple of months ago. Carbon Literacy is something that councillors have been encouraged to do since 2013 or so. In 2019 Councillor Rawlins voted to declare a Climate Emergency. She and all her fellow councillors, and 6000 staff were supposed to be carbon literate by the end of 2020….

Probably someone else said something about innovative, exciting, important.  And maybe even “affordable”, who knows.

But I’d bet anything that none of them will have said anything about the city having burned through a quarter of its carbon budget for the 21st century in the last two years and there having been ZERO “oh hell, we are way way off target what do we need to start doing differently?” meetings. We know that there haven’t been, because, well, we FOIAed about it.

(1) Sadly Councillor White did not find the time to raise the question of Climate Change, despite endorsing a pledge during the recent elections that he would take action to ensure that every Exec Meeting had a substantive item on the climate emergency… Maybe next month…

1 thought on “Executive meeting – nowt on #climate, public excluded on the one vaguely relevant item…”