The Executive of Manchester City Council meets at 2pm tomorrow for its roughly-monthly meeting.  The items on the agenda are what the people who set the agenda (literally and metaphorically) think matters. Take a look. 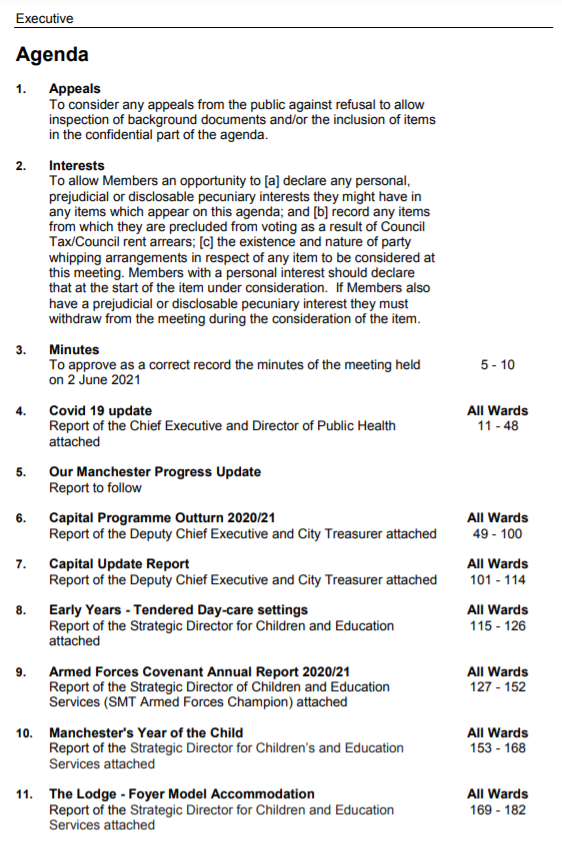 See any climate change on there? Nope, neither do we.

The city has burned through a quarter of its carbon budget for the rest of the 21st century in the last two years alone.  See anything about that on this agenda? Nope, neither do we.

During the recent Local Authority elections, we asked all the candidates what their stance on three pledges were. 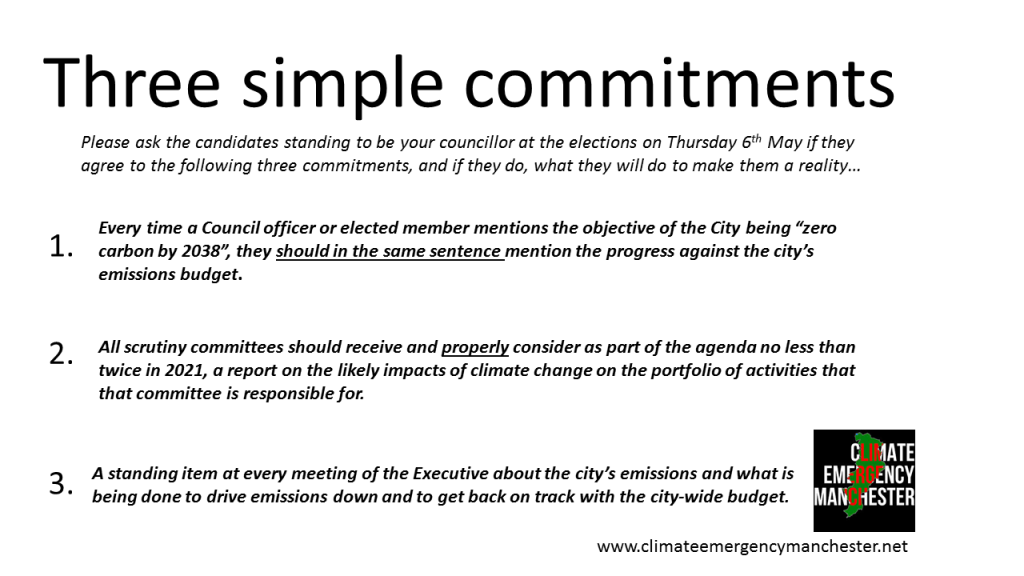 Very active Twitter using candidates  consistently blanked us.  So, we sent registered letters to the Labour candidates (because, let’s face it, they were the ones who were going to become councillors or retain their seats.)

And … they blanked us.  That includes the now deputy leader of the Council, Bev Craig. It includes the new Executive Member for the Environment, Tracey Rawlins.

One candidate to retain his seat, Gavin White, (Old Moat), DID sign up to our three pledges

He is now actually ON the Executive.  We’ve made a note to ask him what he has done to make the goal a reality (this is the second Executive meeting since he became an Executive member.

We are also going to be asking all those other Labour councillors who signed up to this pledge what they have been doing since they made the pledge.  Because whatever it has been, it clearly has not been enough.