Skip to content
29 October, 2021 Robbie Leave a comment
You might have seen via BBC North West and other outlets that Manchester Airports Group – feeling fresh after their victorious lobbying for a reduction of air passenger duty – have signed an agreement to pipe “sustainable aviation fuel” known as SAF to Manchester Airport. The corporate press releases and government statements herald a bright green future, and zero possibly dissenting voices have so far been contacted for comment. Let’s at least put this announcement into context.
SAF is old news
The creation of the “sustainable aviation fuel” (SAF) facility at Stanlow refinery was announced in February (1).  What’s new is an agreement by the airport to pipe in SAF from the facility – and the airport is milking it for a green wash. What’s also old news is that the airport has been piping in crude oil aviation fuel from Stanlow for a long time.
SAF is small-scale
It is estimated that Stanlow refinery produces 2bn litres of crude oil jet fuel per year. By contrast, the SAF facility at Stanlow could produce up to 100 million litres of SAF in five years’ time. To put that in context, here’s a graph: 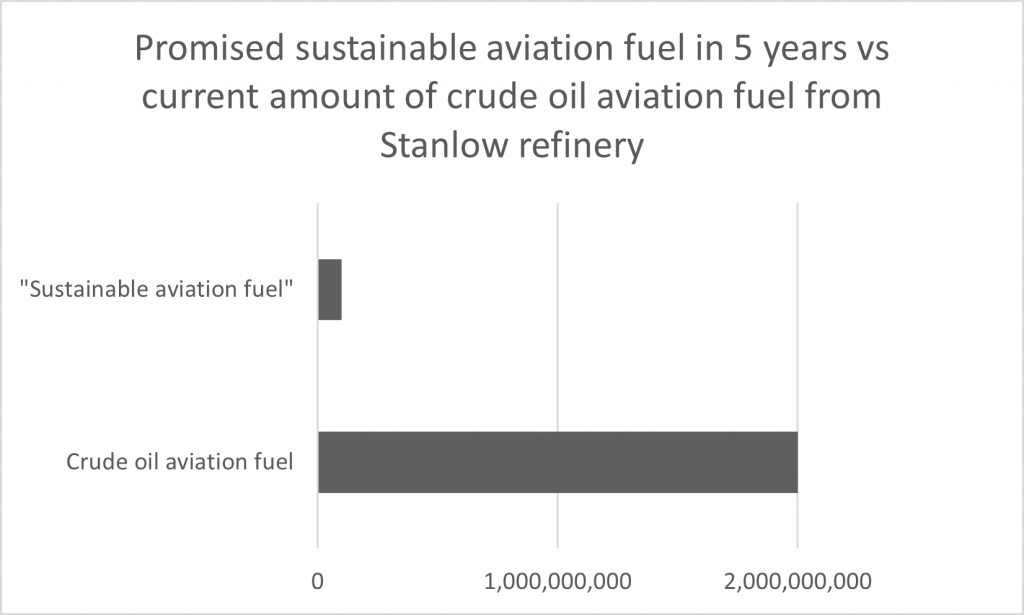 Graph: 20 times as many litres of fuel derives from crude oil than is promised as SAF from Stanlow refinery near Manchester.
SAF is not a constraint
In this climate emergency, we need to rapidly reduce the amount of crude oil burnt in aircraft. Adding SAF does not do this. SAF can slightly reduce the emissions intensity of each flight. But what if the number of flights taken, and the distances flown, increases? This is exactly what happened globally as flying became more fuel-efficient, yet the aviation sector grew dramatically. Manchester Airports Group want to use talk about SAF to enable their growth. Talk up sustainability, grow the bottom line, let the climate be damned. 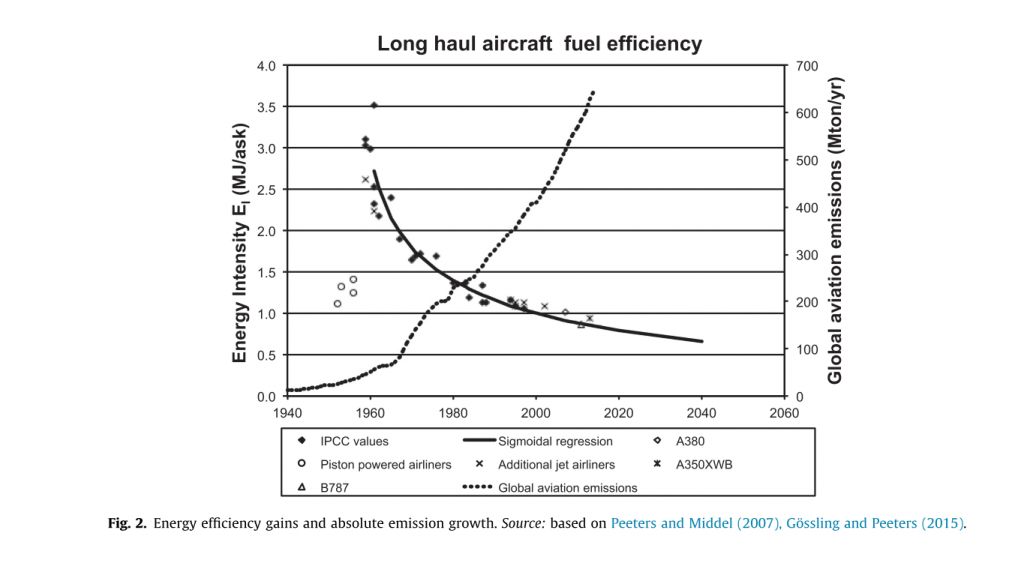 Graph: globally, aircraft fuel efficiency has increased, but overall emissions from aviation have also grown rapidly. Source.
SAF feedstocks are limited
The plant at Stanlow seeks to use non-recyclable household waste to make the SAF. This is much better than using biofuels made from palm oil, for example, which leads to deforestation in the tropics (see image). But there will only be so much non-recyclable household waste available. The press release talks about blending SAF 50/50 with ‘traditional’ crude oil jet fuel. This is misleading because:
• there won’t be enough SAF to create anything like a 50/50 blend in five years time (see graph above)
• limited quantities of household waste will constrain growth in SAF production
• and if the press coverage helps aviation to grow even more, or averts the sector’s decline, then we are extra-cooked.
SAF is another technological promise
SAF is promised for the future, so it remains to be seen if its promise is ever delivered. There is a long history of technological myths being used to stall more effective aviation policies – like frequent flyer levies – and this could well be yet another example.
Manchester Airports Group needs scrutiny
Manchester City Council has a vested interest in Manchester Airports Group which needs to be reckoned with. We can expect reports on the subject of the airport at the Council’s Environment and Climate Change scrutiny committee and the Economy scrutiny committee before long. CEM and Team Scrutiny will be watching closely. If you would like to get involved in effective climate scrutiny of the airport, which can help the public see through its greenwashing strategies, then do contact us.

(1) Stanlow refinery is near Ellesmere Port, just south of the Mersey. It is owned by Indian billionnaires who owe hundreds of millions in tax to HMRC. It is the site of another hugely problematic fossil gas hydrogen facility called HyNet. Recently, we explained that HyNet seeks to lock in the fossil gas network through promises of carbon capture and storage that are likely to fail.