With police in the headlines – along with the Police, Crime, Sentencing and Courts Bill and its implication for environmental protest – our Team Scrutiny reporter Grace tuned into January’s committee to hear Andy Burnham miss the bigger picture on the GMP. 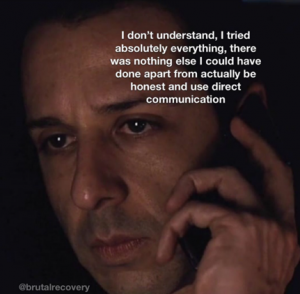 In September last year, Jennifer Williams wrote a comprehensive piece for MEN on the cultural problems within Greater Manchester Police (GMP), defining these issues as a “culture of denial, obfuscation and secrecy”.  On 11th January 2022, Andy Burnham (Mayor) and Bev Hughes (Deputy Mayor) were present at the Communities and Equalities Scrutiny Committee to answer questions on crime and policing in Manchester.  GMP’s need for culture change was referenced repeatedly, but never really in reference to the actual cultural issues raised in William’s article.

There were plenty of references by Burnham and Hughes to infrastructural changes (e.g. 11 new Chief Superintendent focusing on more visible leadership at the local level) and recent publications (e.g. the Kerslake Review).  But none of these changes or publications really have anything to do with understanding why GMP have cultural issues, nor understanding of what these cultural issues actually are (toxic secrecy and an inability to own mistakes).

Burnham did point out, correctly, that these cultural issues were present prior to austerity, and so austerity cannot be used as an excuse for them.  If the loss of police infrastructure and resources isn’t the cause of a toxic policing culture, why will the introduction of new police infrastructure (e.g. Chief Superintendents) change it?  There’s a lack of understanding of this among certain councillors too, with Cllr Rawson (Chorlton Park) asking if any police stations will re-open?  Why re-open police stations if they’re going to be full of the same problem?

Following the meeting, I read the GMP’s “Our Public Promises” document, something praised by Cllr Rawson in the meeting for its succinct account of what the public can expect from the police.  But this publication is rife with issues – which I won’t delve into today – such as promises that “more criminals will be arrested” (which ones?  The sex workers?  Or the rapists?).  There were some promising statements, like “You will feel like we care about you” but I’ve not come across any actual evidence for how these less tangible things will be achieved – hearing aids maybe?  These are the key areas where the actual culture of GMP can be worked on, and yet these are the areas no one at GMP talks about.  The images used in the document (see below) sum up a lot up: stills of police as a faceless force whose main job is putting people in handcuffs and smashing down doors, something which I think sums up how GMP sees themselves and what people want the public wants from them. 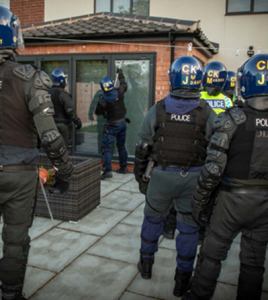 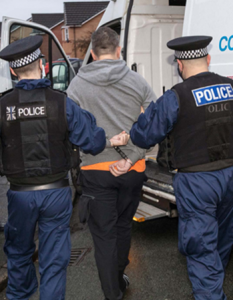 2 thoughts on “Talking about the need for culture change in GM’s police force is pointless if no one knows what the problem is : MCC January Communities and Equalities Scrutiny Committee ”