Money makes the world go round. So do fossil fuels. But our ever-increasing burning of fossil fuels – oil, coal and gas – is slowly (1) baking the planet.

So, we need to spend some money (possibly quite a lot) to break the fossil fuel habit.

Almost 30 years ago Manchester City Council started making the right noises about sustainability, when it successfully bid to hold an ill-fated ‘Global Forum.’ (Lack of) money basically killed it. In 2007, the outgoing Executive Member for the Environment managed to carve out a million quid for climate action (it was never spent). In March 2019 the City Council said it would rock up in February 2020 with an all-singing, all-dancing “Zero Carbon Framework 2020-2038.” In January 2020 members of the Neighbourhood and Environment Scrutiny Committee (including its chair, LeeAnn Igbon (Labour, Hulme) asked senior officers and the Executive Member for Finance, Carl Ollerhead (Labour, Moston) about where the money for this was coming from, and had any thought been given to dipping into the City Council’s (limited) financial reserves. There was a sharp intake of breath, and the Exec Member came to the microphone and said “I’ll get back to you.”

You know where this is going, right?

The report to be discussed next Wednesday, 5th February at the 2pm-4pm meeting of the Neighbourhoods and Environment Scrutiny Committee (2) does, technically, include a section about financing. And yet, and but … the insouciance it displays is… alarming. (3)

Section 5 of the report by the Deputy CEO and Treasurer of Manchester City Council, Carol Culley, can be found here.  Under “Financial and resource commitments” there are ten paragraphs. The first four recap pre-declaration-of-emergency spending (nice Big Numbers to make it look like matters are in hand.

5.5 Talks about the “Neighbourhood Investment Fund” – the pot of money for small-scale ward level activities (5). As Chloe Jeffries notes in her blog post about last week’s Chorlton ward meeting, this is not enough for the big changes. Also, the report does not say how much is in the Fund, when it will be renewed etc.

5.6 is simply a recap of other spending that can be re-branded or co-branded as “climate action”. This makes an otherwise short section look impressive. If only we had a graphic for that… 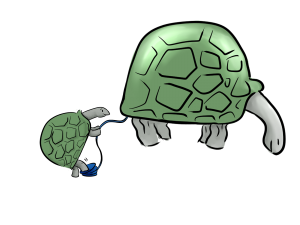 5.7 is soothing words about the Zero Carbon Coordination Group ‘embedding climate change considerations’… like on Great Ancoats St, or Hyde Road… but don’t worry, the “carbon action plan will also be fully costed for March 2020 “

Underwrite the Chief Executive post within the Climate Change Agency for one year, subject to unlocking financial contributions from other partners in the city

Well, that is interesting. Because Climate Emergency Manchester asked what actions had been taken to unlock financial contributions. A month ago (24 December).

The final paragraph (5.10) assures councillors that the Council will continue “to seek and lobby for additional external funding in order to do more, and to work with its partner organisations to assist with this work.”

Well, hopefully that is better lobbying than they have done on the last five elements of the Climate Emergency Declaration, which call on them to lobby central government, as per Hung Drawn and Quarterly 2.

The line “It is recognised that delivery of this agenda is essential and the overall costs of inaction are far greater than the costs of acting now” >may seem radical, but in 2008 the consultancy Deloitte said the same thing in their ‘mini-Stern.’ That these sorts of statements are still needed 12 years later says a lot about the lost decade…

And whether the City Council has considered, is considering or will consider dipping into its financial reserves? Absent Without Notice.

There are many many things to be said about the reports coming to NESC next week (and the sudden disappearing of the Zero Carbon Framework 2020-2038). Those will be said over the coming days. For now, the thing to remember is this. The officers and the executive member have had a YEAR to get this sorted.

So – Where. Is. The Money? Where is the DISCUSSION of the money?

We have to hope the members of the NESC get on the case.

(1) Only slowly in terms of an individual human life, and not actually that slowly. In terms of how quickly ecosystems can ‘adapt’ it is damned quick, too quick. In geological terms, it’s not even an eye blink – it’s an eyeblink’s eye blink.

(2) Climate Emergency Manchester folks will be there (the Town Hall Annexe, second floor). We are having a pre-meeting from 1pm, at the Waterhouse pub, 67 Princess St.  Facebook event  here

(3) Alarming, because in this blog post I am wearing my CEM hat. Saltier adjectives supplied (from under other hat) upon request.

(4) One thing I have failed to get used to – though others have managed it- is the almost complete lack of functioning of a ‘Westminster’ system in Manchester. In a Westminster system, the Executive is supposed to take the legislature seriously. If backbenchers, in a Select Committee or a Scrutiny Committee request something, the Executive is supposed to provide it. They are not supposed to go tactically deaf, as happens so very very often in Manchester….

(5) Manchester City Council has 32 wards, with three councillors per ward. 93 of the 96 are Labour, 3 are Lib Dems (all in Didsbury East)

1 thought on “WHERE IS THE MONEY?? #Manchester Council still silent on new #climate cash”