When I raise the topic of climate activism amongst friends and peers, the conversation almost inevitably leads to the incredible work of Greta Thunberg, who is at forefront of the School Strike for Climate movement. I wholeheartedly share their sentiment – in fact, I have actively participated in several Fridays for Future marches and I believe that Greta’s voice is monumental in the current youth climate movement. Nonetheless, the focus on the story of a single climate activist from the global North irks me because it is symptomatic of a much larger problem  – the erasure of diverse voices in climate activism.

Another instance of the media’s obsession with western-centric narratives in the youth climate movement includes the portrayal of Licypriya Kangujam, an 8-year old climate activist in northeast India. In 2019, Licypriya was praised as the ‘Greta of India’ despite having started her activism much prior to the launch of the Fridays for Future movement. Labelling her as the ‘Greta of India’ undermines her efforts and struggles, and erases her story as a young climate activist. She articulated this aptly by stating the climate justice movement is deprived of “unique stories, identities, names and movements” when climate activists around the world are termed the ‘Greta’ of their country.[ii]

We are living through a pivotal moment in history, when the Black Lives Matter movement has forced us to grapple with the racial bias in our criminal justice system. Moreover, as several activists have already pointed out, this racial bias is also present across education, healthcare, housing and other sectors. Importantly, it also pervades the coverage of social, economic and environmental issues, which is why it is crucial for us to demand more responsible and accountable reporting from the media. The climate crisis is a global crisis, which affects communities in significantly different ways. We need to understand the climate crisis through an intersectional lens. To briefly elaborate, intersectionality is a framework that studies how multiple factors of an individual’s social identity – such as gender, class, caste and race – overlap to exacerbate discrimination against marginalized individuals.[iii] To put it simply, different forms of oppression combine to disadvantage communities in different ways. Thus, it becomes necessary to create spaces for more voices, more stories and more solutions, if we truly aim to combat the existential challenges posed by climate change.

While we need to demand more responsible reporting from the media, we also have individual duty to educate ourselves on the issue. We cannot wait for the media to change; we need to begin the work ourselves. A good place to begin is by actively seeking out stories of climate activists who have not been represented in mainstream media. Social media has made it convenient for us to amplify the voices of climate activists around the world, and to share and support their work. And maybe the next time someone mentions Greta, you can smile, nod, agree, and proceed to share the story of another young climate activist who has been overlooked by the media. 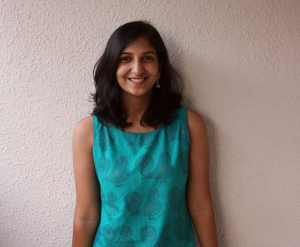 Pooja Kishinani is a second year Politics, Philosophy and Economics student at the University of Manchester. As an aspiring policy maker, she’s interested in understanding the role of justice and equity in designing climate policy. When she’s not reading books or ranting on twitter, you’ll find her training for a marathon.