Sarah Irving finds a great deal to like in a novel about a previous round of climate activism in the UK. (See a recent interview with its author, Rosemary Randall, here).

It may be longer ago than I wish to remember, but spending much of my late teens and twenties deeply involved in direct action has given me a lingering allergy to novels depicting radical campaigners and their social scenes. That’s because most such novels do it so badly, depending on tabloid stereotypes which only highlight their authors’ ignorance of how people who lock on, occupy and blockade for people and the planet think and behave. My first such encounter was with the cringe-inducingly unconvincing animal rights activists in Zadie Smith’s White Teeth (all the more irritating because she was friendly with plenty of direct action folk when she was writing the novel as a student, and could have easily avoided some of the more glaring errors). Until now, the only stand-out exceptions have been Marge Piercy  titles such as Vida, firmly grounded in her own past in the civil rights, anti-Vietnam War and women’s movements of the late 1960s/early 1970s USA. 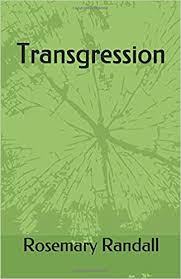 I say ‘until now’ because Rosemary Randall’s new novel is another clear demonstration that is possible to write well about activism, passionate beliefs and the desire to bring about positive change in the world. And lest that sound dry or dull as a subject, Transgression is also a deeply moving read, one I sped through start-to-finish in an afternoon, finding myself caring about the characters and with damp eyes at the finish, albeit also with a few misgivings.

Set over the course of a year between the summers of 2009 and 2010, the interwoven stories of Randall’s characters take place within the frame of the global worries about and activist preparations for the international climate summit in Copenhagen in the winter of 2009. Clara, a young, rather naïve participant in the climate movement, and more experienced hands such as Felix, Jay and Stefan, are shown organising at Climate Camp and smaller meetings to raise public awareness and to pressurise British politicians into pushing for an effective deal. Simultaneously, Felix’s mother Esther, a psychologist who is divided between her concern for the environment and her worries about Felix’s activist exploits, is dealing with a troublesome new client, a flashy high-profile celebrity shrink embroiled in an unethical relationship with a patient.

Through these various characters, most of them admirably portrayed as realistically complex individuals battling fear, ego, love, disappointment, guilt and burnout, Randall explores a plethora of issues: how do we as individuals deal with the impending threat of catastrophic climate change? (What are the most effective types of action to take? How should movements be built and sustained? And how should activists permit themselves the time and space to relax and heal when they feel under such pressure to battle unmoving states and corporations?). What are the roles of friendship, love and community in sustaining common beliefs and actions? (and when does commonality become exclusivism and even cruelty? How do the emotional attachments between those who undertake radical campaigning make them vulnerable to manipulation and exploitation? How do those who might want to be part of an ‘in’ group feel when they are left on the outside, and what does it do to their political activities?). And what are the prices of failure – professional, political, emotional, ethical – in people’s lives?

With realistic characters who are (like real people) by turns engaging and irritating, Randall tackles this potentially challenging range of issues deftly and with a light touch: we read about convincing figures whose lives we care about and who embody these many dilemmas without the novel ever descending into preachiness or tokenism. Indeed, in some cases it is only when considering the interwoven stories in retrospect do some of the moral and political implications come through. On the one hand an easy and enjoyable read, this is also a novel to think about, and with. For those who in the past, present or future may be involved in any form of activism on climate change or other causes, it is a valuable working-through of some important issues about ways of working and organising – about personal and movement sustainability, about burnout and personal pain, and about honesty and consent.

At times, one might wonder if Randall even delves a little too deep. One storyline is clearly based on the case of Mark Kennedy, the police officer who spend many years undercover, spying on environmental activists and conducting long-term relationships with several women who knew nothing of his job, wife and children. I don’t know if Randall spoke personally to any of the women who underwent this profound trauma – the details used are available in interviews published in the national press. But even as someone who was only very tenuously linked, via friendly acquaintanceship and former activist comrades, to these events some of it made difficult reading, especially the rather throwaway and even judgemental references to a non-core character, Paula, who had been in a relationship with the ‘Kennedy’ figure. Whilst Randall deal with understanding and sympathy with her fictional characters, the factual closeness to events which had shattering impacts on real people’s lives seems to warrant greater care in depicting them.

Randall’s obviously close knowledge of the British climate change movement is also at the root of one of the novel’s other possible drawbacks: its detailed and comprehensive account of all things climatic at the time. The ‘Climategate’ episode is a case in point. A series of emails by scientists taken from hacked servers at the University of East Anglia, it was indeed an important event, highlighting the lengths to which corporate and state interests would go to stop a substantive deal at Copenhagen by misrepresenting the content of stolen communications. The ‘scandal’ makes a brief appearance in the novel, but to someone unacquainted with the period and the ins and outs of its politics, its significance isn’t entirely obvious. Randall’s writing is commendable for its convincing simplicity in depicting subcultures which may well be alien to many readers, making them clear and vivid and avoiding the tedious and weighty explanation to which many ‘issue’ novelists fall prey, but at times a little more background is warranted.

These quibbles notwithstanding, Transgression is a highly recommended read. Randall achieves the rare feat of balancing intelligent discussion of major political and ethical issues with writing a proper page-turner, with characters we care about and personal dilemmas we can relate to and learn from. She even manages to provide an ending which resists the temptation to tie everything up tidily, whilst offering enough pointers to possible closures to be emotionally satisfying. Appropriately cynical about both institutional and individual corruption and inertia, it’s not all doom and gloom.

It’s a real pity, therefore, that the book is self-published, apparently available only via Randall herself or from the monstrosity which is Amazon  I don’t know if this was a deliberate decision made for speed or to retain authorial control, or whether it speaks to one of the (many) sad gaps in British environmental and radical social movement infrastructure, namely an obvious publishing home for ‘activist’ fiction. For political and radical poetry one might still look to Bloodaxe books, and for non-fiction there are Pluto, Verso and others, but since the demise of Pluto’s fiction range which brought out some excellent detective and other radically-themed fiction in the 80s (I believe thanks to GLC funding?) this has been a serious lacuna. Transgression does not suffer from the kind of off-putting errors which often plague self-published material, be it typos or more significant problems of shaky plotting, syntax or style, but this novel does deserve the kind of distribution and marketing support that an established publisher can offer.