Manchester City Council is failing in its duty to protect citizens.  Citizens must insist that the Council starts to act responsibly (do that here).

Ten weeks ago we revealed that the city of Manchester has burnt through a quarter of its climate budget for the rest of the 21st century in the last two years. This terrifying fact was buried in the middle of a glossy mindless feel-good report produced by the council’s climate change “Agency.”  They don’t want you to know they have failed.

The Neighbourhoods and Environment Scrutiny Committee, made up of 16 Labour councillors and one Liberal Democrat (1), has the job of keeping tabs on climate change.

It did not have any report on the climate emergency in September. It is not having any climate report next Wednesday, 7th October. 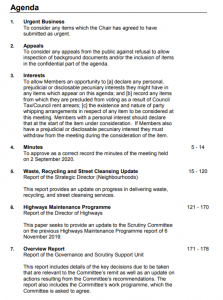 It will not discuss the fact that climate policy implementation is hopelessly inadequate. The promised  of renewed quarterly carbon reports is not, it seems, being honoured by the Executive (more on this in another post).

This is a grotesque failure of scrutiny.  In July 2019 all councillors voted to declare a climate emergency.  And now, as the evidence of the failure to act over the last ten years (glossy reports do not count as action) piles up, they are failing to do the diligent work of finding out what is going wrong and trying to fix it. What IS the point of scrutiny if it is not going to act in an emergency, as if it were the emergency they all said it was?

We cannot go on like this.  Please sign the petition for a seventh scrutiny committee, which would meet as often as the other six (i.e. ten times a year), and would make this sort of craven refusal to face inconvenient facts impossible.

Please share the petition and personally urge your friends, family, work colleagues – anyone who lives, works or studies within the boundaries of Manchester City Council – to sign the petition. If we can get 4000 signatures by November 10th, we get a debate on the creation of a committee in full council. I know it seems an inadequate response to the scale of the shitstorm we are facing. But it is the best game-changing demand that we could think of, and the resistance to it from senior councillors tells us we are onto something.

We now have a large and growing Petition Taskforce. We have posters, beer mats (no, seriously) and much else planned. You can get involved in the effort by emailing us on contact@climateemergencymanchester.net  whether you can offer us an hour, a day, a week.

(1) Manchester City Council has 96 elected members, from 32 wards. 93 of them are Labour. There are 2 Liberal Democrats and one independent.