The latest official figures from the Manchester Climate Change “Agency” were released today.

There is the usual fluff, pretty pictures and spin. Buried on page 17, and in complete contrast to the general air of well-meaning hopey-ness are the short bald facts.

Manchester’s target for emissions reductions last year was 13 per cent. It achieved 4%. From now on, the reductions it would need to make are an even more fantastical 14.8% per annum. 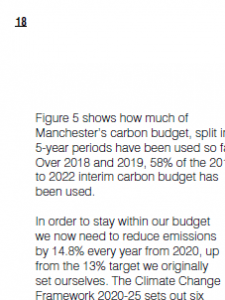 Next, in the last two years, including one year where there has, apparently, been a state of ‘climate emergency’, Manchester has used up one quarter of its entire budget stretching out to 2100.

The rest of the report seems to be in a parallel universe, not dissimilar to Dominic Cummings’ infamous press briefing. Everybody knows it is nonsense, but that is the point – the test of your loyalty is to NOT speak out. The Russians have a word for this – prisposonblenetz 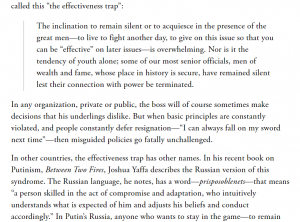 All talk of having created a “low carbon culture” by 2020 (which was, after all, one of the two headline objectives of the 2009 climate plan, known as “Manchester A Certain Future”) has been thrown down the memory hole.

What a city.
What a species.

There is a storm coming.