Climate Emergency Manchester has two aims (you can read about them at this recent blog post – “Newsflash! @ClimateEmergMcr is officially no longer aimless.”

The first reads, in part –

“For us to thrive as active citizens (in a broader ecosystem of resistance that includes close supporters, allies and interested by-standers).”

There are plenty of threats to that thriving, of course. There’s the normal working of Manchester City Council, which seems mostly determined to repeat yesterday’s stupidities tomorrow. There’s the grimness and injustice of ten years of austerity on top of the previous thirty years of neoliberalism. There’s the virus. There’s the abyss – the knowledge of the now-inevitable changes and hardships to come, and the difficulty of getting systems in place to minimise the burdens. There’s the loss of thousands of species per yea…   Yeah, look, it’s a Friday morning, and you don’t want to know this stuff. Best that we stay in disavowal.

And then there is the stale, ritualised hurl-soundbites-at-each-other-like-chimps-throw-faeces nature of the “debates” about climate change and the c-word – capitalism.

There’s another of these tonight, organised by the Museum of Science and Industry.  We already published a guest post about this, which you should definitely read.

If you are planning to attend, well, we want you to thrive (it’s officially our Number One Aim). And so our meme-monkeys were put to the task. They came up with a) a drinking game (soz Muslims and teetotallers), and b) bingo cards (soz Methodists, but you really need to lighten up). You won’t be any less older and closer to the apocalypse when you finish watching/participating in the “debate”, but you will be comfortably numbed…

We are SO generous that we’ve put down a beginners and an advanced version.  The advanced version might be for panels where a tame academic has been brought along to lend the whole schemozzle an aura of “intellectual” credibility(1). Or it is some OECD thing: they go in for tame academics there.

Every time you hear one of the following phrases, you drink the agreed amount 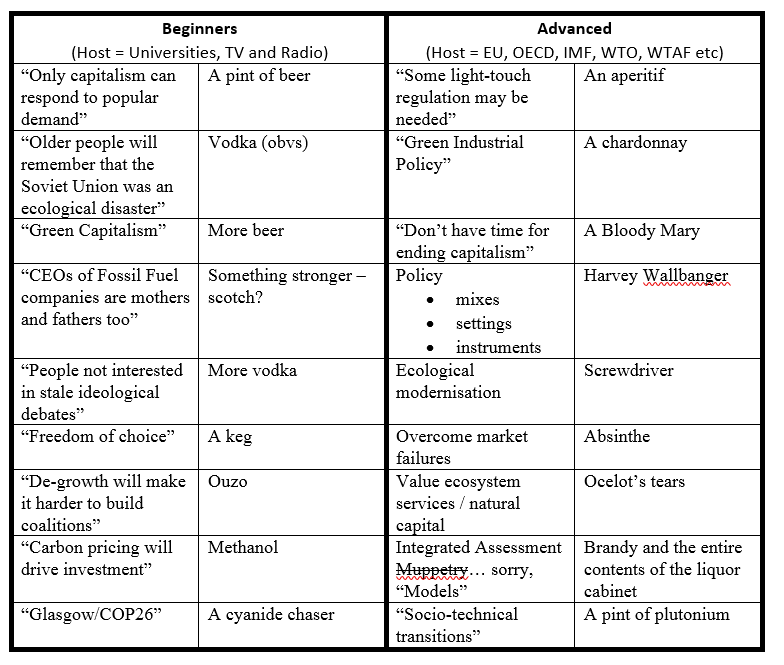 Distribute these cards at the outset.

Players cross off the “arguments” they hear. When they cross off all the phrases on their card they shout “bingo”.

If at the end of the game nobody has shouted bingo, add up and see who came closest. This person is now a hero of the non-revolution 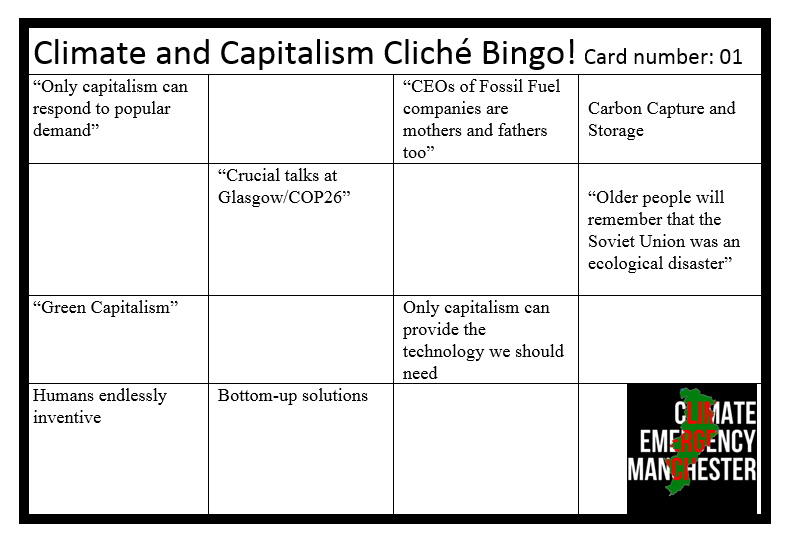 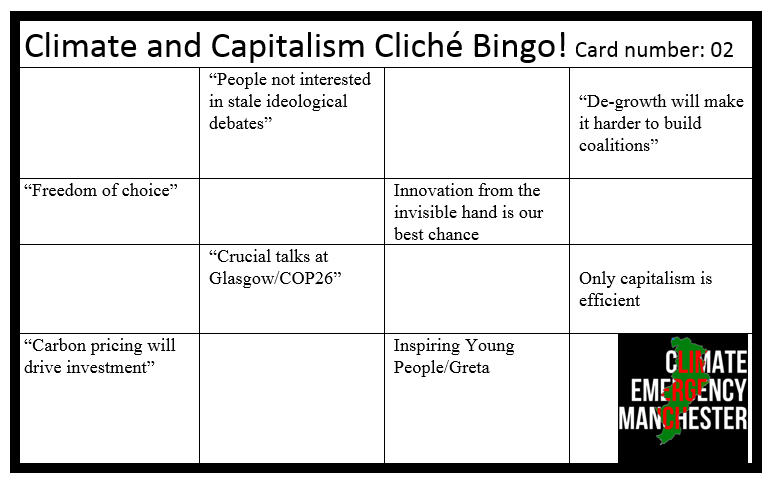 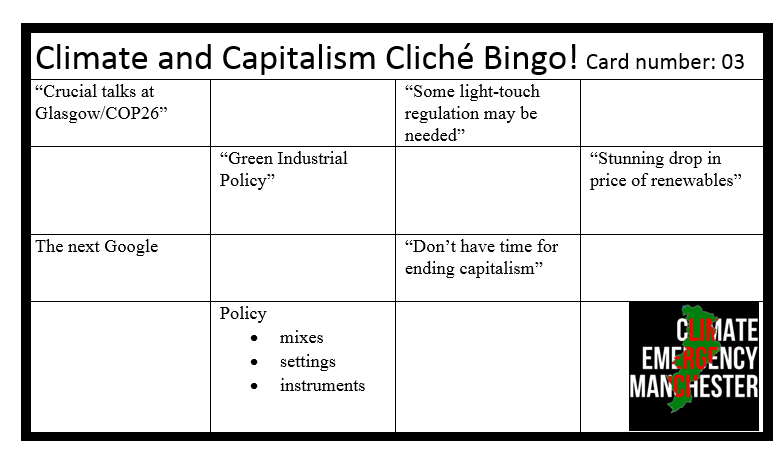 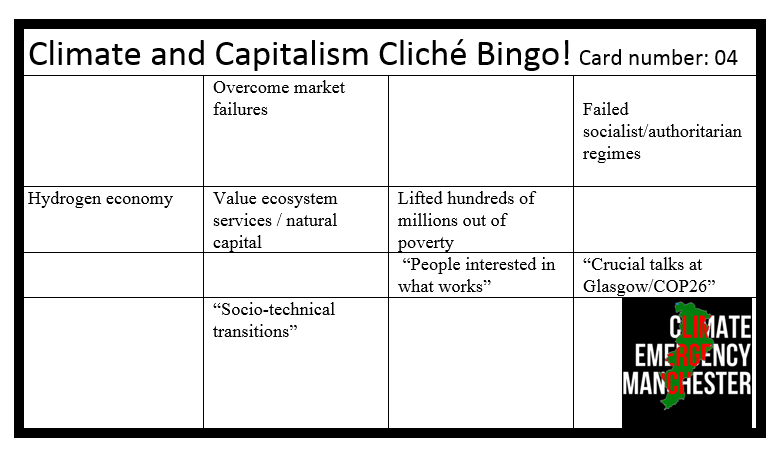