Councillors raised concerns about provisions for green spaces in the controversial and much delayed Places for Everyone plan at the July meeting of Manchester’s Economy Scrutiny Committee.

The ‘masterplan’ – formerly known as the Greater Manchester Spatial Framework, until Stockport dropped out – sets out a problematically economic-growth-oriented vision for development of nine Local Authorities in Greater Manchester. Councillors and activist groups have shown opposition to Places for Everyone, especially regarding its plans to build thousands of homes on Green Belt land. 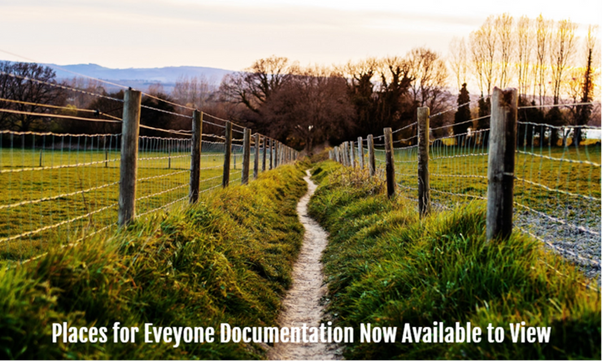 Photo from Save GM Green Belt

At the Economy Scrutiny Committee, Councillor Marcus Johns (Deansgate) questioned whether Places for Everyone would offer protection for remaining city centre green spaces, most of which are designated brownfield sites, rather than Green Belt. Places for Everyone signals a priority for building on brownfield land. Cllr Johns said:

Councillor Hannah Priest (Chair – Charlestown) agreed that a lot of Manchester’s green spaces are reclaimed brownfield sites, and that many of these are more biodiverse than land designated as Green Belt. Therefore, Cllr Priest wanted to know how the masterplan would reflect the true diversity of landscape types, so that Manchester can avoid being simplistically “treated as the brownfield burgh”. Councillor Mandie Shilton-Godwin (Chorlton Park) asked if Places for Everyone was taking sufficient consideration of climate change impacts such as heat stress and flood risks.

Officers responded by noting councillors’ concerns, emphasising provision for green and blue infrastructure and future expected statutory commitments to ‘biodiversity net gain’, and stating their intention to engage residents with the plans and what they mean at a local level. There will be an eight week consultation period starting in August. The Committee then gave an endorsement to approve the plan and the intended consultation. Places for Everyone will next be considered by the Executive on the 28th July.

Places for Everyone could have a huge bearing on Manchester’s future. Councillors were right to raise concerns and questions, but will these translate to changes to the masterplan itself? Probably not without more concerted political pressure. In Manchester, we should not expect serious resistance from Manchester’s Council leadership, which is aligned with the Greater Manchester Combined Authority and the Labour Mayor Andy Burnham. There are more signs of contestation from politicians in other Local Authorities, but it will be up to citizens and activist groups across Greater Manchester, yet again, to press for changes that reflect concerns about this major planning process, especially over the next couple of months during the official consultation period.

Did you know that much of Manchester Airport is built on Green Belt land?