Carbon capture and storage. Sounds great, right? The basic idea is to stop polluting gases reaching the atmosphere, where they cause global warming, and instead store them underground.

The UK government yesterday announced plans to financially support the techno-wizardry carbon storage option in Liverpool at a plant called HyNet North West. That’s good news for Eni, the Italian oil company involved, and various other engineers. But is it good news for the climate? Let’s look deeper.

The main aim of the project is to burn fossil gas to produce hydrogen, and to sell that hydrogen to the public and to industry. The carbon capture feature of the project is just an ‘option’, as they admit on their website.

If the carbon capture bit does not work, as it has failed to work so often in the past, HyNet won’t mind. But of course, we all know that fossil fuel companies are not in the business of minding if their activities cause devastating global warming.

The main aim of HyNet is to push for more burning of fossil gas, both now and in the future, regardless of whether the carbon capture thing works. 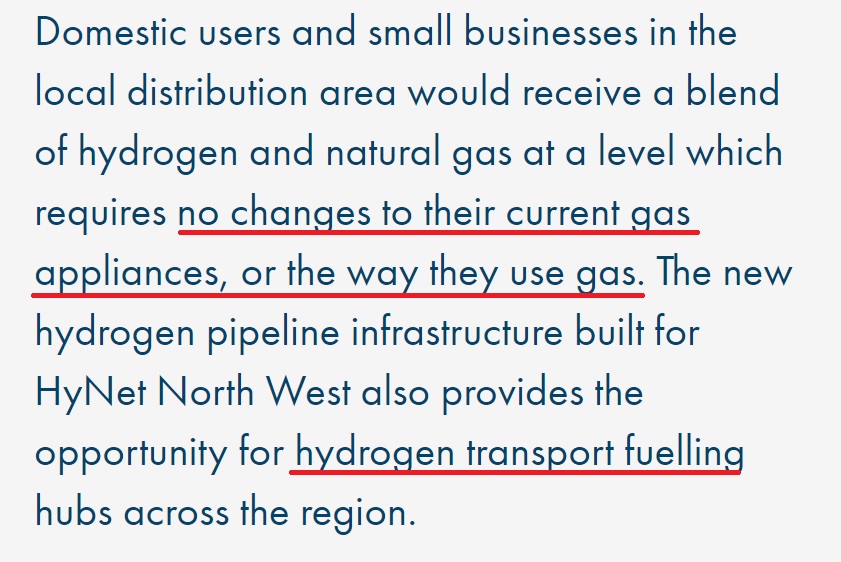 HyNet is about keeping fossil gas boilers in our homes. They say we can burn fossil gas for transport, too, via the hydrogen they want to sell. The carbon capture is an add-on, an option that can attract government finance and help sell the strategy. If the techno-wizardry fails, they will shrug.

North-west leaders should see through this game of smoke-and-mirrors. To do so they will have to go up against the energy companies and the UK government who have bought into this because it takes their pressure off. By making promises about carbon capture in the future, it takes the pressure off on electrification, on replacement of fossil gas boilers, on retrofits, and on transforming business models. Instead of doing what needs to be done, they are making more promises about later.

In case you aren’t yet convinced, here’s the unmissable ‘Australien’ government’s official position on carbon capture and storage.

Citizens who can see through the shell game will need to keep up pressure on local leaders, rather than let HyNet vent the pressure and get high on their own gas supply.

2 thoughts on “Carbon capture: is HyNet not high on its own supply? ”

If climate-driven heatwaves, droughts and fires trigger fear in you: remember you're not alone.

This was what the core group of CEM had to say about fear, in 2020.

Maybe we’ll adapt in time to to stave off collapse. Maybe we won’t. Either way, by 2050, most of the stuff we ‘value’ now - personal cars, fast fashion, foreign holidays, celebrity culture & countless other consumerist indulgences - will seem sickeningly irrelevant.

Calling out for folks in NW of England who want to get trained up to do broadcast media interviews on important issues from climate, to migration, to cost of living, and then let us find you TV and radio opportunities. Deadline for applications is Aug 16 https://www.neweconomyorganisers.org/work/support-resources/spokesperson-network

How can we know whether we are engaging in one of the four F’s of trauma (fight, flight, freeze or fawn) in regards to climate? Here are some signs:
🧵