A scorching and spooky debut report by Lauren of Team Scrutiny Fabulous.

It’s a little late for Halloween, but Manchester City Council’s’ Housing Revenue Account (HRA) Business Plan is giving us serious Night of the Living Dead vibes. The ‘heart’ of the HRA is supposedly ‘retrofitting of existing homes to meet zero carbon objectives’…but we can’t feel a pulse.

By the council’s own estimates, it needs to retrofit around 50,000 homes by 2025 in order to meet its target of net zero by 2038. What’s more, Andy Burnham has come out saying Insulate Britain aren’t using the right tactics, but he supports their message. So what’s MCC doing?

Northwards, which provides around 12,500 homes for residents in eleven North Manchester wards, has recently been taken back under council control.

This represents a hefty chunk of potential homes which could be retrofitted to help achieve these targets, as well as delivering considerable savings for residents who are likely to be feeling the bite of increasing energy costs.

As we kick things off in the November meeting of the Resources and Governance Scrutiny Committee, there are signs that the zombie has achieved some level of self-awareness, as MCC’s next Leader, Cllr Bev Craig, touring all the scrutiny committees this month, observes that “…it feels that sometimes we take decisions year on year without looking at deliverability and consequence.”

The calls are coming from inside the house! 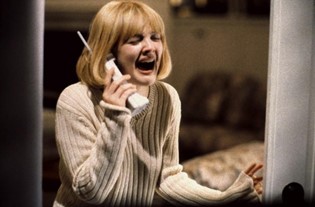 So, with retrofitting forming such a crucial part of this HRA, we settle in for a good meaty discussion of activity to date and the exciting developments coming our way on the road to zero.

But first, a twenty-minute back and forth over a potential new ‘management committee’ that may or may not be set up to oversee the now in-house housing association Northwards, plus all of the other council houses, or maybe just Northwards, but nobody really knows because the wording in the report is so vague, and the report seems to contradict what you’re saying here, and can it be amended please, yes I’m sorry…

Once all that’s over, we get back into it.

“What can we achieve with the money we’ve got?”

The report estimates that retrofitting works will cost around £25k per home, an amount which the council says it doesn’t have. So what strategies do they have in place to secure the funding?

“There’s a lot of investment required on existing stock, and we haven’t had sufficient resources from government. And that’s a government choice. I think we just need to make that clear,” says Cllr Ben Clay (of Burnage). 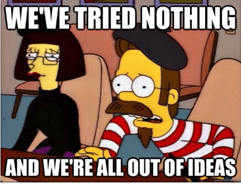 The Chair, Cllr Sarah Russell (Northenden), makes a half-hearted attempt to get some idea of what exactly is going on with the whole retrofitting thing:

“It might well be that we can’t achieve perfect zero-carbon… But what can we achieve for the money that we have got? And what works going on behind the scenes around that, as far as I can see from this paper overall, that there is more work in the pipeline around this? I’d like a bit of reassurance about the robustness of some of that work.”

But alas, neither reassurance nor robustness are forthcoming; instead, we’re given deflection and digression.

Deputy Chief Executive and Treasurer Carol Culley drops the bombshell that “all the detailed work on the HRA hasn’t been done yet”, but rest assured that “Paul and David have worked to look at some of the starting assumptions that will go in there.” (1)

When will the work be done? What are the starting assumptions? These questions aren’t asked. Instead, Cllr Clay treats us to a potted history of HRAs starting in 1989, as well as a good old-fashioned whinge about the Tories.

Towards the end of proceedings, Cllr Craig briefly mentions that she’s “also interested in our communications around the climate emergency”. Maybe that means that the next Council Leader has watched our spoof of their video, or is considering introducing some kind of standards for their own communications. But there’s no time to talk about that now, because it’s getting on for 4 o’clock, so everyone agrees that’ll do nicely for today.

Team Scrutiny Fabulous provides reporting on the local climate agenda in Manchester that we can’t find anywhere else. If you want to get involved, let us know.