Manchester City Council (MCC) being crowned as top of the ‘single-tier’ councils in its response to climate change this week was, let’s just say, surprising. 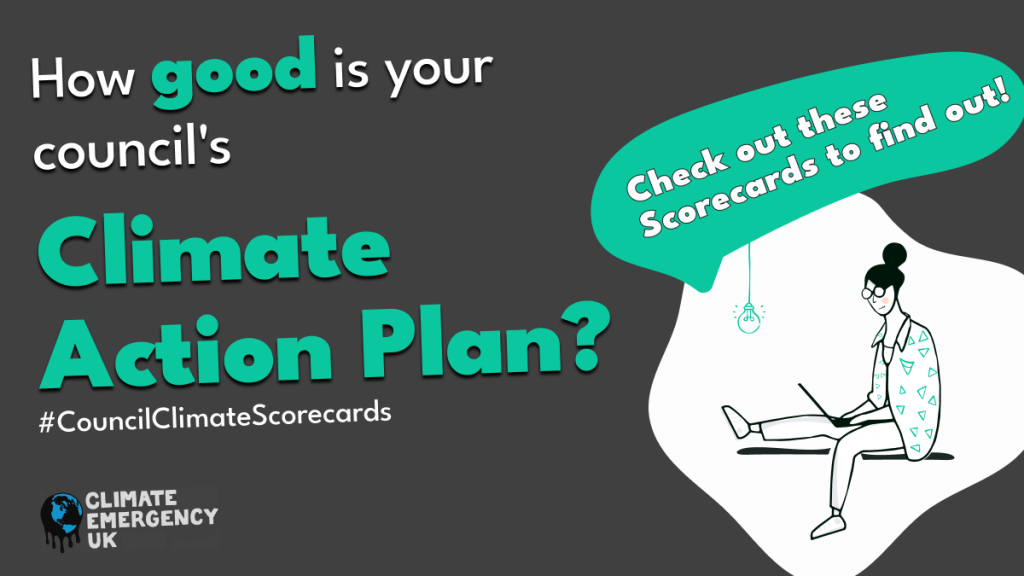 Climate Emergency UK have developed an assessment framework and scorecard to rank local authorities according to a range of metrics, from governance and setting emissions targets to diversity, inclusion and communications with their residents.

Overall, MCC scored 87% compared to Solihull Borough Council (85%) and Edinburgh (82%). 34 councils scored 0%. The premise of the scorecards exercises has its merits. We urgently need better data on our progress to decarbonise the country. Although many of the levers of change are held by the UK Government, local government still has a significant part to play.

As they are, the scorecards are only assessing the plans that councils have set to deal with the crisis. It’s a bit like getting your end of year bonus in January just after setting your objectives for the year.

In fact, Climate Emergency UK are now crowdfunding to be able to assess the progress against those plans.

Well, Climate Emergency Manchester can help you out with that.

So, well done on your pilot Climate Emergency UK. We hope very soon you’ll join us in holding our local authorities to account.

Unless there is a strategy for this, there’s a real risk that this initial exercise detracts from the problems and encourages self-congratulation rather than self-evaluation. Certainly, it provides a further opportunity to boast, spin and obscure by those authorities who come out on top. Within 24 hours of the scorecards appearing online, a back-slapping statement appeared on the Manchester City Council website. The same website which does not mention on the home page that the Council has declared a climate emergency. Perhaps it’s designed by the same communications team that spends money on misleading videos. At least this publicity is free.

Remember, all that glitters isn’t gold. A bit of greenwashing can make things nice and shiny.

1 thought on “All that glitters isn’t gold: don’t be dazzled by Manchester City Council’s crown for climate action ”