One of our CEM colleagues Chloe was invited onto “Granada Reports”, to talk about the Greater Manchester Clean Air Zone. (third video down) 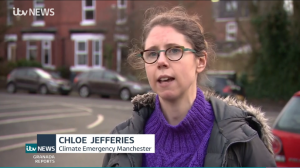 As ever with complex issues like this, there are more angles to consider than can fit into a short segment for a TV news interview. So here are all the points we would have liked to have made, given the chance: