Mike Franks casts an eye over the new Energy Security Strategy and what its missed opportunities might mean for Manchester. We’ll tease out more of this over the coming weeks, zooming in on energy efficiency measures such as heat pumps. 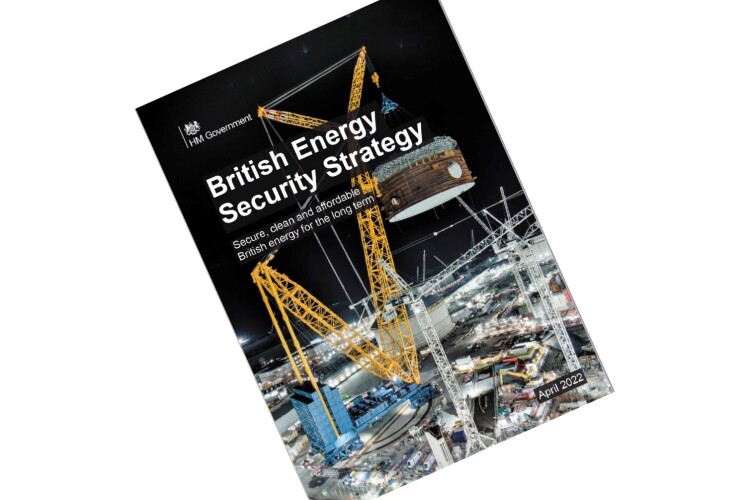 Last week saw the publication of the UK Government’s Energy Security Strategy. You’d be forgiven for thinking that a government with any interest in tackling the climate crisis and a combination of unprecedented jumps in energy prices and the cost of living, would ensure when publishing its delayed energy strategy to include measures to address these issues. But no. What we received was a piecemeal rehash reheating failed policies and curious silence on what would be popular options.

The strategy prefers more nukes (guaranteeing increased electricity bills) in place of the much cheaper and more immediate solutions of onshore wind and solar power, with no consideration given to the significant reduction in demand offered by improving energy efficiency of domestic and commercial buildings.

Worse yet is the absurdity of encouraging renewed drilling for oil and gas in the North Sea and possibly even re-launching fracking. All this coming just two days after the IPCC spelt it out that we have to ensure greenhouse gas emissions peak by 2025 and are halved by 2030 to have any chance of staying within the 1.5 degree C rise in global temperature above pre-industrial levels. It’s galling.

Why then do more nukes make no sense? Apart from risks of the accidental release of radioactive materials, toxic wastes of spent fuel from the reactors can remain radioactive for millennia. No permanent safe storage facility for wastes created in almost seven decades of the nuclear industry has yet been agreed. A colossal inter-generational inequity now and for millennia. Apart from imposing additional costs to our already inflated electricity prices, Hinkley C in Somerset (the only nuke currently under construction) is well behind schedule and hugely over budget.

What are the alternatives? Electricity generated by renewable wind, hydro and solar are now considerably cheaper than using fossil fuels and enormously cheaper than boiling water using nuclear power! What is needed is a way to store unused electricity. Possibly improved battery technologies could fill that gap. Pump storage is proven and has worked for decades. Splitting hydrogen from water and pressurising it using excess power from the electricity grid has the dual advantage of storing energy until needed, so it can then be burnt as fuel emitting only water vapour or else recombined with oxygen from the air to produce electricity via fuel-cells. And then there is the GM pilot scheme to liquify air using excess electricity from the grid, which has already been awarded a £10m grant. Stored under pressure at very low temperatures, energy can simply be released when required.

Underlying the promotion of nuclear power, I contend, is its links with weapons. ‘Atoms for Peace’ in the early 1950s was the cover to launch a civil nuclear programme which we were told would produce ‘electricity too cheap to meter’. We have been indirectly ‘taxed’ through inflated electricity bills, again for decades, to pay for research and for weapons no sane people will ever use. To claim nuclear power is green is to ignore its fuel cycle which requires uranium mining and the hugely energy intensive enrichment process, not to forget the energy required to cool the spent fuel for decades and expended in the eventual burial of the toxic wastes.

Who are the proponents of nuclear power trying to kid? As an answer to climate change, conventional nuclear power stations cannot be built in time to make a difference, and even if the Rolls Royce SMRs (small modular reactors) can be deployed in a shorter time scale than a decade, they will still continue to produce waste with which we know not what to do.

So, let’s raise the call for community owned wind and solar farms and a properly funded scheme to retrofit our housing stock as a counter-strategy to both reduce carbon emissions and tackle rapidly rising energy bills. Don’t forget local initiatives such as People Powered Retrofit, and what are the chances of a Manchester community owned green hydrogen pilot scheme to replace natural gas?

With so many people concerned about rising bills, we're working with Low Carbon Levenshulme to run a series of energy saving workshops next weekend. Free to all! Sign up now to book your place: https://www.eventbrite.com/e/levenshulme-home-heating-workshop-tickets-415478305797