2022 sees the 90th Anniversary of the Mass Trespass on Kinder Scout, the highest moorland plateau in the Peak District.

It was organised by the Lancashire region of the British Workers’ Sports Federation and has become an iconic day of direct action in the long – and still ongoing –  struggles and campaigns for popular access to open countryside. 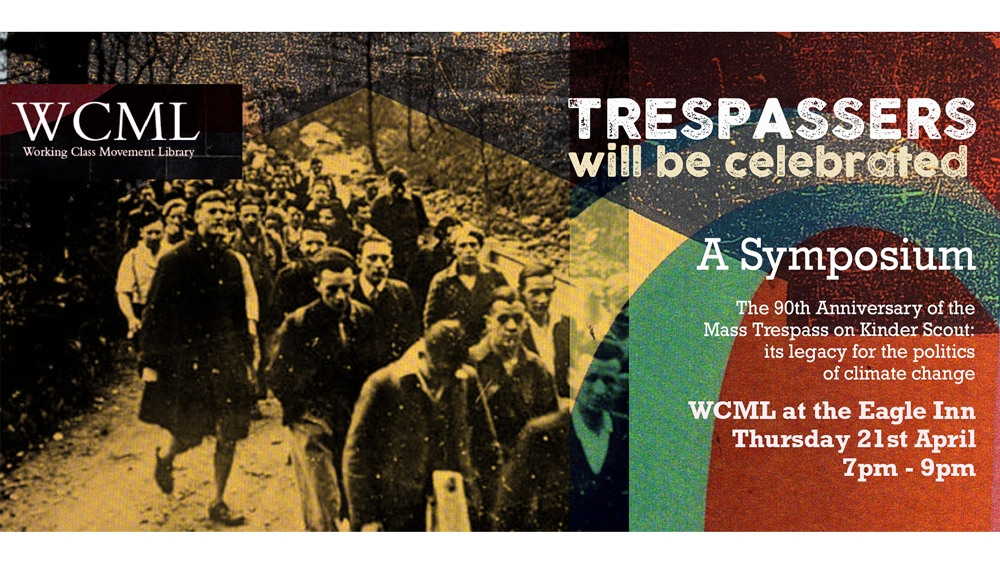 To celebrate this anniversary, the Working Class Movement Library is hosting a symposium on the ‘Red’ politics of the Mass Trespass in the 1930s and its resonance and legacy for the ‘Green’ politics of the climate emergency of the 2020s. At Salford’s wonderful Eagle Inn, CEM will be speaking alongside writer and walking Anita Sethi, author of I Belong Here, Morag Rose, founder of the Loiterers Resistance Movement, historian Julian Batsleer and Dave Toft, of the Hayfield Kinder Trespass Group , who will be putting on an array of events over the 90th anniversary weekend, 23rd – 24th April.

Free tickets to attend in person are available here. Or you can watch the livestream here.

Ahead of the symposium, we’re sharing a set of provocations authored by Julian, thinking through the resonances of Kinder today. Those looking for further food for thought alongside their hot cross buns, can also find a selection of essays and links on Kinder politics.