It’s almost three years since Manchester City Council declared a Climate Emergency, and we are still concerned that the climate emergency will not be treated as seriously as it should be in the scrutiny process. That is why we wrote to the Scrutiny Committee Chairs with lots of suggestions for items that could be discussed in committee this year.

At the end of May, all six scrutiny committees met for the first time in this new municipal year to discuss a few agenda items and their plans for scrutiny in the months ahead.

When the work programmes themselves are discussed, the public are excluded, so we will have to wait and see what comes up on the agendas.

Below, we review the public parts of last week’s meeting. Highlights include an exchange about climate clocks, a senior councillor being unhelpful (surprise), and the puzzle of why the public is excluded from work planning discussions.

Yes, it has been riveting, and we’ll be back with more Team Scrutiny Fabulous (Team SF) content when the work plans are released and the committees meet next on June 21-23. As ever, if you’d like to get involved, drop us a message at contact@climateemergencymanchester.net – we’re also planning some actions to coincide with the 3 year anniversary of the climate emergency declaration – remember that, Manchester City Council?!!

In the meantime, here’s the round-up! 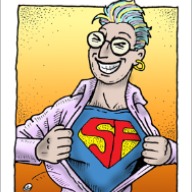 Environment and Climate Change – “Workin’ On It”

There was an inaugural question from Cllr Nunney (Woodhouse Park) who asked in quite a roundabout way on what progress has been made on the proposals for a ‘climate clock’, how the city is taking action towards its 2038 zero carbon target (or the lack of) and some sort of more prominent wording related to the climate emergency on the council’s website homepage.

The Executive Member for Environment (Tracey Rawlins, Baguley) said that the MCC website homepage was preferred to be used for “changing and emerging situations” and cited the COVID-19 pandemic as an example. On the climate clock she mentioned not wanting to get more big screens that increase their carbon footprint and they’re “still working on it” in trying to find an “appropriate way” to share what the council are doing in relation to action for the 2038 zero carbon target. Citizens were encouraged to use the search bar to find the most relevant webpages about the climate emergency.

These points were all missed open goals for responses back to the executive member that would trigger visions of last season for a United fan. PR stunts involving bright lights and screens seem to be a MCC speciality from the giant santa “tradition” to the 86 power-hungry pavement-hogging electric advert boards seering cryptocurrency messages into your retinas. Using the awful search function of the MCC website is quite an appropriate response on how MCC prefers to view the climate emergency. If you’re a determined and informed citizen then you can find information on some of the “wonderful” work being done. Otherwise don’t bother us, it’s business as usual.

Unlike other shorter showings, we had a full hour of the health scrutiny committee. First, we had some introductions of the new executive member and assistant executive member for “Healthy Manchester and Adult Social Care” (Cllrs Thomas Robinson and Sandra Collins respectively). The Health Scrutiny continues to have a single voice of opposition, though that voice has changed – it was previously Cllr John Leech of the Lib Dems and is now Cllr Astrid Johnson of the Green Party.

The majority of this meeting was taken up with a COVID and vaccination update. I suspect you’re not reading this blog for the nitty gritty of this item, so I’ll just give you the highs and lows. The best emergent piece of news from this item is continuation of the health equity sounding boards which were established during COVID-19 – these helped to ensure that vaccination responses were tailored to different communities, and I can imagine they’ll be really helpful going forward. The low, honestly, was the extended piece of politicking about partygate from Labour secretary and newly minted health scrutiny committee member Cllr Pat Karney. The behaviour of our government is disgusting but monologuing about it is a waste of scrutiny time, not to mention totally futile when there’s not even a conservative councillor around to listen.

The new Chair, ex-Lord Mayor of Manchester, Cllr June Hitchens (Miles Platting and Newton Heath) began her term at the Communities and Equalities Scrutiny Committee. Only time will tell if Cllr Hitchens will follow the career path of former Chair, Cllr John Hacking (Chorlton) to his new role as Executive Member for Skills, Employment and Leisure. In his former role as chair, Cllr Hacking visibly made efforts to ensure cross-cutting discussion and reports on the climate crisis. In real carbon-reducing terms however, we have yet to see meaningful results across all Manchester wards. Here’s hoping Cllr Hacking’s Skills portfolio prioritises training up the workforce to retrofit housing.

The Overview Report included the Recommendations Monitor, Key Decisions, Items for Information and the Work Programme.

Cllr Whiston (Sharston) acknowledged that council officers spend a lot of time planning and fitting in items like a huge jigsaw, and that the Communities and Equalities Scrutiny Committee has more items to cover than any other. However, he voiced his dismay that homelessness did not appear in the ‘Items to be Scheduled’ section of the Overview Report as an ongoing item, to ensure that the council’s principle of no residents getting left behind is a fit for purpose provision, especially as winter approaches.

Two ‘Items To Be Scheduled’ in the Work Program intersected with homelessness, ‘Support for People Leaving Prison: To include information on changes to probation services, how ex-prisoners are re-integrated into society and links with homelessness’ and ‘City Centre Public Space Protection Order (PSPO): to request an update report on the PSPO to address anti-social behaviour in the City Centre’.

The ‘Monitoring Previous Recommendations’ section shows that the Homelessness Update response was emailed to members of the committee on 28 February 2022. The Chair confirmed that there would be an opportunity to formulate the item for the full year, to ‘scope things forward’ in the private annual work programming session which followed. It is not clear why some items appear as ‘Items To Be Scheduled’ before the meeting – it’s a puzzling jigsaw.

A few points were raised about the cost of living crisis, responses to poverty, and the economy dashboard.

The Chair started off with a note of thanks to the last Chair, Cllr Hannah Priest (Charlestown), who was the chair for 4 years. There was then a round of introductions. Lots of officers were present, as well as three members of the Executive, including the Leader.

Cllr Emma Taylor (Sharston) asked if there were any impacts arising from the Chancellor’s recent U-turn on cost of living and the windfall tax. The Leader, Cllr Bev Craig (Burnage) criticised the national government on their cost of living response including universal credit cuts. The Director of Inclusive Economy, Angela Harrington, said there’s a long term refresh of the Poverty Strategy & a response to the Marmot Review on public health. In the short term, there are ‘helping hand’ links to support services of various kinds on the Council website.

The Economy Dashboard was introduced to the committee. There are lots of data on housing, employment, business, and transport, which evolves and develops. The officers would like feedback.How about: clearer links to positive metrics about low carbon economy.

First the news that Children’s Services were judged to be ‘good’ by Ofsted. There will be more on this next month, including areas requiring improvement, although mention of the climate emergency is unlikely to feature, just as it did not feature this month.

Cllrs Rob Nunney (Woodhouse Park) and Linda Foley (Didsbury East), who have been vocal about impacts on children of the climate crisis, sit no more on C&YPSC, but at least remain as members of the Ofsted Subgroup. We wish them well in their new roles as a member of the Environment and Climate Change Scrutiny Committee and as Deputy Executive Member for Environment and Transport respectively.

Alarmingly, the Manchester Safeguarding Partnership Annual Report makes it explicit that a liveable and low-carbon city is not applicable to safeguarding children and adults. Mental health is described in the report as a partnership priority. The Health and Wellbeing Board are one of the partners. I recall a number of times over the last year when links between climate anxiety and poor mental health were expressed in C&YPSC. Why the disconnect and such little understanding that the adverse impacts of climate change may well swamp those of covid?

And so to the COVID-19 update – government lifts restrictions, withdraws and repackages guidance, yet local support for schools continues including advice on long covid. “We are in the early days of ‘living with covid’ and getting back to ‘normal’”.

Then to agenda setting for the year behind closed doors. Why so? Maybe we’ll be surprised to find there’s an update on ‘Climate Action and Schools’ scheduled in Our Year. But don’t hold your breath.

The Resources and Governance Scrutiny Committee was at 2pm on Tuesday 24th, with a new Chair, Cllr Andrew Simcock (Didsbury East).

It was a light agenda with some notifications of upcoming decisions, then the public were excluded so the committee could speak with the relevant Exec member, the City Solicitor, Deputy Chief Executive and City Treasurer about what they should scrutinise in the months ahead.

We emailed a few suggestions about what the Resources and Governance Scrutiny Committee could look at with respect to the climate emergency to the new Chair, and these are now published on our website.

The Chair started with a round of introductions which was a nice touch. Urgent business included an announcement that they can move to the Antechamber next month, since social distancing regulations have been relaxed. And that was it. The rest of it excluded the public. We will see the work programme later.

It’s nearly three years since the Council declared a climate emergency – we’re planning some activity to coincide with this.

Scrutiny committee work plans will be published later this month – we plan to cast our eye over these.

Then there will be another round of scrutiny committee meetings on June 21-23 – we plan to review anything important to the climate emergency that gets scheduled.

If you’re not currently (much) involved but would like to be – let us know!