CEM caught up with Associate Professor Hannah Knox, whose new book “Thinking like a Climate”, based on research in and about Manchester, will be launched on Tuesday February 9th at an online event hosted by Carbon Co-op. Tickets are free.

Who are you? What’s your connection with Carbon Co-op? 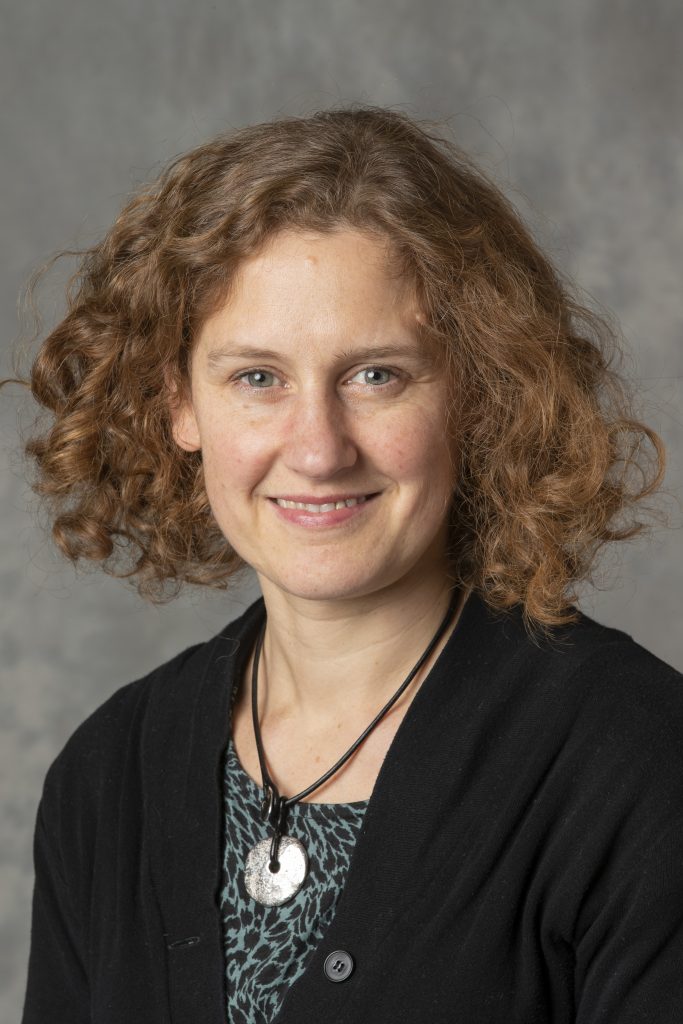 I’m an Associate Professor of Anthropology at University College London and formerly worked at the University of Manchester in the Centre for Research on Socio-Cultural Change. Since 2011 I have been doing research on climate change politics with a particular focus on Manchester.  Since 2017 I have collaborated with the Carbon Co-op on a number of activities looking at the social, cultural and political ramifications of changing energy infrastructures and the possibilities for their transformation. This has included a hack-lab, a prospectus for an imagined future energy company and an energy history walk. We’re currently working on putting together some podcasts about energy in Greater Manchester.

What’s this book about? What time period does it cover? What are its main take-aways for a) academics and b) normal people  (though of course, theoretically academics might also be normal) 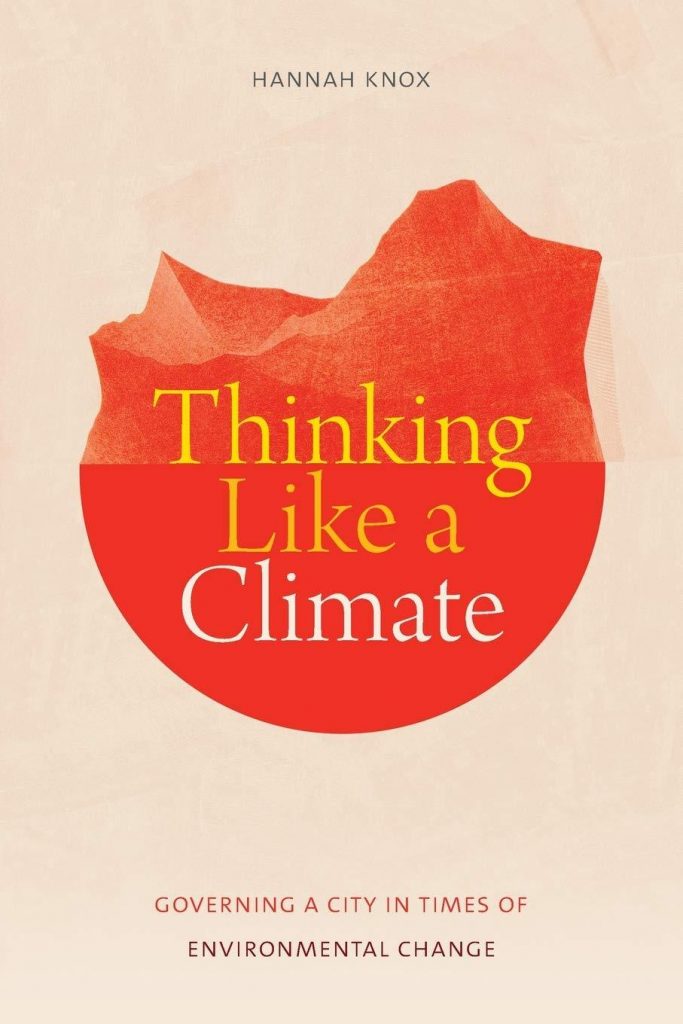 The book is about the implications of climate change for what we might call ‘modern’ ways of knowing and acting. The focus is really on what happens when climate science meets bureaucracy, activism and infrastructure and it focuses mainly on the period between 2011 and 2018. From the vantage point of Manchester, the book looks at how climate science comes to describe the future in particular ways, the work that becomes necessary to relate climate change to specific places and how climate change becomes detected and explored in everyday engagements with material objects like buildings, energy monitors, insulation or solar panels. The book is also partly about the implications of climate change for anthropology. After all, there is a long shared history between the emergence of the social sciences and the methods through which urban populations of people have been organised and governed. I argue that both forms of ‘modern’ knowledge are being troubled by the material traces described in different kinds of climate models. By focusing on these issues, the book tries to tap into some of the broad cultural reasons why climate change has proved so persistently difficult to tackle, and to identify where the cracks in cultures of planning, urban development and anthropology might be beginning to show. I’ve tried to write it in a way that is accessible both to academics and informed non-academics. Present day anthropologists are not well known for their lucid writing so that’s been a hard call!

Having observed closely and distance, what do you think the reasons underlying the council’s failure to really act over the last ten (plus) years are?

My aim in this book has not been to criticise individual people or institutions but to explore the conditions of possibility within which the responses that occurred made sense to people. I therefore wouldn’t frame the question in terms of a failure to act, and would rather pose it in terms of why did it make sense for people to have done what they did. How were they enabled or constrained? The answers to this are complex. One is about the way that local authorities are structured and how decisions get made. As public institutions councils have to justify expenditure in the here and now in relation to the needs of their population – there are complex and historical reasons for this and embedded mechanisms through which this is done – elections, committee structures, scrutiny processes. Climate change is a problem that raises difficult questions about the temporal and geographical boundaries of responsibility, it extends questions of representation from the political representation of current populations into the question of representational responsibility for future generations. When combined with immediate financial pressures and cost cutting, making a case for action purely on carbon-reduction grounds has clearly been very challenging. As other councils announce climate emergencies I wonder how they will be more able to circumvent or transform these processes to as to enable climate change to register alongside other legitimate issues and concerns?

What needs to change – for the council, civil society, whoever – for history not to repeat itself?

If only I had the answer to that! Clearly the issues are incredibly complex. My work focuses on the normative dimensions of responses to climate change and I suppose as an anthropologist I’m always interested in the basis upon which we imagine that the world operates, and whether that could be otherwise. Anthropology is replete with so many examples of how people make their way in the world, and I take heart from this that the way we currently do things can and will change. COVID has shown us that people can radically change the way they live under extreme circumstances (not that I’m advocating for a crisis-mode management of climate change). It has also shown us that the effects of these changes affect different groups of people disproportionately. Whilst I completely agree that massively more attention needs to be paid to what climate change models are telling us, I think we also need to pay attention to how these models are read as justification for particular kinds of solutions, and to consider who currently decides on these solutions, who they are likely to benefit, how and why.

What next for you personally?

It’s quite hard to answer that question right now – this year has been one of functioning rather than planning! My role at UCL is mainly in digital anthropology so I expect my focus going forward is going to be on the way that data, algorithms, and predictive models are being deployed in response to the climate emergency and with what effect. These technical ways of describing and shaping the future are so powerful and alluring, so I’m interested in how their power is produced and sustained, but also how they might be repurposed to ends other than those imagined by those who dream of scalable techno-fixes to complex problems. There has often been an opposition between technology and environment, but I’m fascinated by unravelling whether, and how, such digital techniques of future-making might be reoriented to ends other than those for which they were originally devised and repurposed to build alternative relations between people and environmental processes.