The climate movement sometimes splits over tactics and demands. Is it #ClimateActionNow you want or is it #ClimateJusticeNow? Well, both would be a fine thing, but right now CEM’s hashtag is #ClimateScrutinyNow. Like, Now!

Yes we want action! Yes we want justice! Yes, we want changes capable of making a perceptible difference! A 7th scrutiny committee dedicated to the climate emergency at Manchester Council is now that change. CEM and the 1760 people in Manchester who signed the official petition in favour of it are calling for something within reach, affordable, rooted in representative democracy, that creates at least one green job, that would help climate action and justice in the long run. How much more pragmatic can we get?

Well, here’s how. We see the rules and we play with them, for better or worse. The petition that we worked so hard on last year has its hearing at Resources and Governance Scrutiny Committee on Tuesday, and we say #PassItUp. Pass this pragmatic proposal from Resources and Governance Committee to the full Council, pass it to the Executive, pass it to the Higher Ups. Not to God, nor the stars, nor the atmosphere, but to Cllr Leese and his executive coterie, to the 90+ of Manchester that Represents, man.

A committee and sense from our elected leaders. Maybe not radical demands, in a time that calls for radical changes. But it would be something to hold on to, like a raft for the climate emergency. We fully expect to be patronised and gaslit for asking for this much. If we build a raft with so much input from so many people, only to watch it get torn down at Resources and Governance (R&G) without a robust alternative, it will be a sad day for this city. We need this raft, this proposal, to get floated further upstream, with the flag of “(R&G 4 Climate)” tied on.

Want to see how the raft fares in the currents?  You can watch the hearing of the petition at the Resources and Governance Scrutiny Committee, live from 10 am on Tuesday 9th February, here.

We will be live tweeting on the day, with our pragmatic hashtags.

To find out more, read our briefing paper. 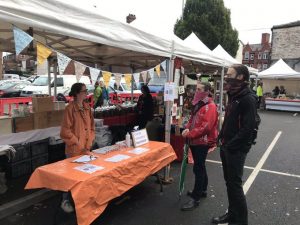