On Wednesday 31st March Manchester City Council will decide on its scrutiny arrangements for climate change . This could be a minimal rebranding of the status quo. Or, the proposals could be more ambitious, with a committee that considers all of the city’s emissions, not just those of the  Council itself.

We are delighted to announce that a further five organisations have signed our Open Letter (published in the Manchester Evening News) calling for the strongest set of scrutiny proposals, as outlined in CEM’s briefing paper. This takes the total number of organisations who have signed to 21!

So many thanks to : 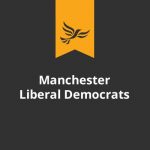 It’s not too late to add your organisation to this list. Just email contact@climateemergencymanchester.net and we will add your voice to the campaign.

In the next couple of days, we will find out the precise wording of the proposed changes. We will share this and what you can do in the coming week to give us the best chance of getting serious scrutiny.