In the latest of our occasional but important series of  interviews with interesting people, we talk to Kat Wong of URBED about designing better cities

Hello. Tell us a bit about yourself. Who you are, where you’re from, how you ended up doing what you are doing now…

I’m Kat, a proud Mancunian and urban designer at URBED, a cooperatively 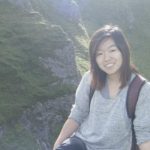 owned Urban and Environmental design practice based in Manchester. I originally studied Architecture and Town Planning at the University of Sheffield and whilst I enjoyed designing buildings, I was always more interested in the bigger picture beyond the buildings, so I began to explore ‘urban design’ which focuses on design at a larger urban scale.  Throughout my studies I was particularly interested in how good design of the built-environment can create positive and social and environmental impacts in an area.

So in a nutshell, an urban designer designs and create frameworks that influence and shape how the urban form of existing and new neighbourhoods, towns and cities develop.  The job is very varied from project to project, depending on the client’s objectives and the scale and context of the project, so on one project you may be focused on the design of a street, exploring street depths and the treatment of the public realm to the design of an entirely new settlement with new homes, schools and parks.

It’s funny because I know someone who thought I was a graffiti artist for a long time! I don’t think there is that much public awareness of what urban designers actually do, which is a shame because it’s something that affects everyday experience.  Have you ever found yourself walking alongside a large road with traffic building up, with backs of garden fences facing onto dead space and thought: “well this is very unpleasant!”. That’s usually down to poor urban design and this in turn can encourage car use rather than more sustainable modes of movement.  At URBED, we think about how the buildings will interact with the streets and public spaces around them and how we can design places which are well connected to public transport networks and that encourage walking and cycling though a clear hierarchy of streets and combining them with attractive landscape design.  We also have a strong focus on sustainability and ensuring that this gets built into projects at an early stage.

My favourite project to date has been working with the Miles Platting community network, a group of local residents to identify potential sites for new improvements to their neighbourhood and running a few visioning workshops with them to come up with a share vision for their area.  I’m currently working on a project called ‘Oldham Energy Futures’ with Carbon Coop where we will be working with local people in two neighbourhoods in Oldham to create Local Energy Action Plans.

We hear talk of ‘participatory approaches’ in all kinds of spheres and sectors these days. In your field, when do they work? And when do they not – when are they just lip service? What, in your opinion, are the ingredients to success?

I think a good approach is taking people through ha holistic process, one that sets the context of a project and sets out why their involvement is important and valued.  I think it’s useful to ground yourself in the local context – whether that is taking the time to getting to know the people first, building relationships and getting a good grounded understanding of a local context or whether that’s partnering with an existing group or organisation that already has foundations in the area.

I think it’s important to be clear about your what you intentions are from the start and if you are involving people in any activity or project and I think it’s best practice to set out the expectations and how much time they may need to invest.  Providing feedback in these processes is important too, so if information is gathered at a workshop or event, it’s good to re-share that information with people involve in the conversations to make sure that what you have captured has been interpreted correctly and to show that you have been listening.  We tend to adopt this approach at URBED where possible so people can trace their own involvement, thoughts and ideas to any future designs or visions that we produce with them.

Can change really happen at the city level? And in regards to climate change?

I think so, I think cities and local government are well positioned to lead the charge in becoming net zero well before the 2050 target that has been set by the government at national level.  I think what’s needed is more spaces within neighbourhoods to raise awareness and get people excited and involved in new projects at a local level and for those conversations and examples to travel between neighbourhoods and up to the city level. This is one of the aims of the Oldham Energy Futures project.

Complete the sentence (from your perspective). The biggest challenge facing Manchester is…

The biggest challenge facing Manchester is a lack of collective vision of the city, built from the ground up – starting from neighbourhoods that we live in.

If you had a magic wand, what one change would make Manchester more liveable…