The delivery of Manchester’s ‘science-based’ target lies in serious doubt, according to figures that will be presented to Manchester City Council’s Environment and Climate Change Scrutiny Committee next Thursday.

Provisional data suggests that Manchester’s direct emissions dropped by 11% during periods of Covid-19 restrictions. But even this drop was not steep enough, leaving the city severely off-track on its carbon budget: the city has now burned roughly 40% of Manchester’s science-based emissions budget for the rest of the century during just three years.

As a result of past failures to take sufficient action, the scale of the challenge is now increasingly severe. Councillors and citizens will be wondering if the Manchester Climate Change Agency and Partnership are capable of delivering actions that are remotely on the scale required. The gap between rhetoric and delivery is increasingly stark. Without substantial change to operations, Manchester faces the prospect of destroying its science-based carbon budget within the next few years, well before the hallowed, seemingly long-off target date of zero carbon 2038. Urgent rethink required.

Below: Manchester’s burning hole in its carbon budget: almost 6 million tonnes of a 15 million tonne budget for the rest of the century, burned in 3 years (source). 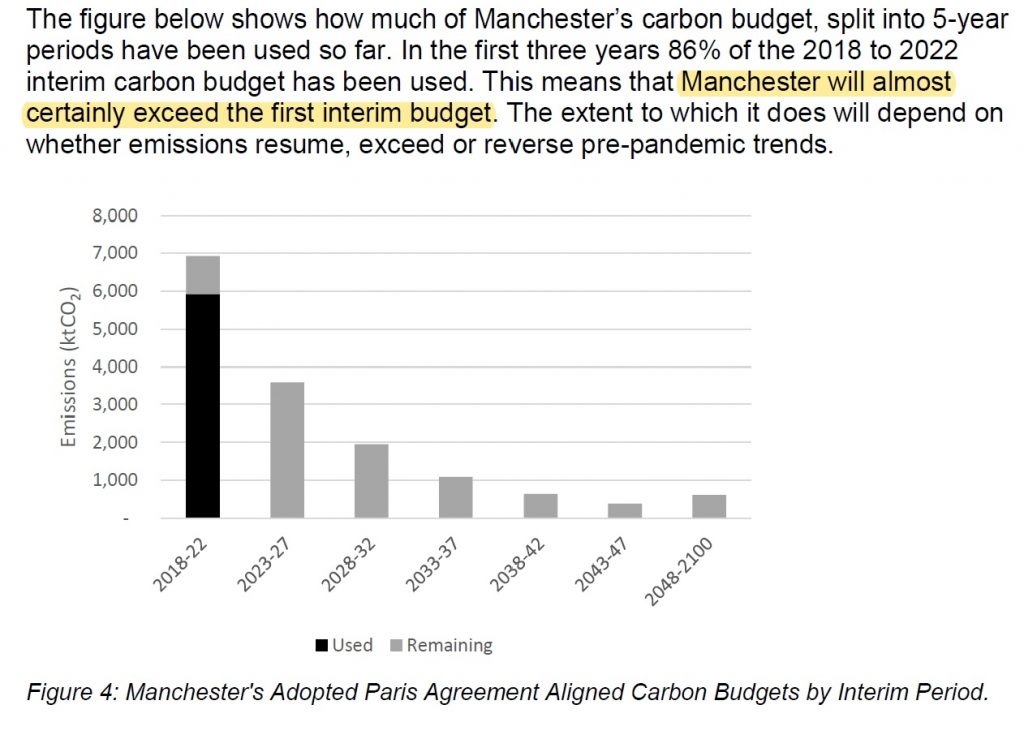