Manchester’s climate targets and next month’s COP 26 in Glasgow have at least two things in common: they are both supposed to prevent dangerous heating of our planet, and they are both descending into farce.

Both COP 26 and Manchester’s climate targets say they aim to achieve the 2015 UN Paris Agreement. When the United Nation COP (which stands for “Conference of the Parties”) rolling caravan hit Paris in 2015, most countries agreed to try hard to limit the heating of Earth to 1.5 degrees Celsius, and if not that, then 2 degrees.

Although the amount of warming sounds small (most of us wouldn’t notice if a room was one degree warmer or colder), at a global level, this matters. When global heating goes beyond 1.5 degrees, the impacts will be very dangerous: lands swept away, set ablaze, turned to desert. Many of these impacts we can already see now that we swelter in 1 degree Celsius of reckless planetary heating. If Earth is pushed TWO degrees hotter than it was before the industrial revolution, the impacts will be very severe, especially for everyone who is near the breadline or precarious (that is most of this species, and the other species too).

After the Paris Agreement was signed in 2015, Manchester City Council asked academics at the Tyndall Centre to help them plan how the city could limit its contribution to planetary heating with a science-based target. They asked, how can Manchester do its fair share to hit the two degrees target? The eagle-eyed among you will spot that the 1.5 degrees aim was ignored.

The Tyndall academics said: Manchester needs a carbon budget. For this city to do its fair share of limiting global heating to 2 degrees, and no further, Manchester can directly emit 15 million tonnes of carbon dioxide, the most significant planet heating gas, and no more, for the rest of this century.

The budget sets out how much carbon emitting can be done, and it really is not very much, because it is already so late (1). Meeting the budget required steep reductions in emissions every year, starting right away. Because immediate action was needed, the Council declared a climate emergency in 2019. But did the Councillors, especially the leaders, help Council officials to act like it was an emergency? Hardly at all. 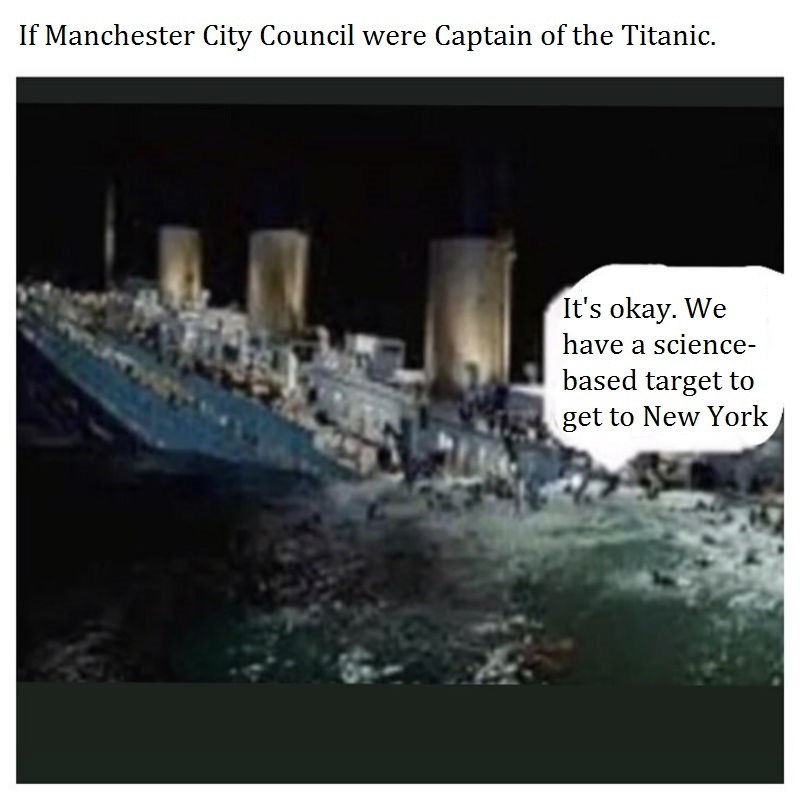 Now, just three years after Manchester’s carbon budget started, 40% of it is gone. That is, if we talk in tonnes – 6 million of the 15 million tonnes.  And of course, this includes reductions from the pandemic. At this rate, within a decade of setting the carbon budget, the city will probably have done 80 years’ worth of carbon emitting, and it won’t even be done yet. Manchester will have failed to do its bit towards limiting the heating of Earth to two degrees; this proud city will have helped set our planet on course for a more terrible fate.

Now that we orbit the Sun for the 2021st time since the birth of Jesus, we must ask if this carbon budget was dead on arrival. Nobody in the Council talks about it. The Manchester Climate ‘Agency’ seeks to bury it. Even environmentally conscious councillors prefer to say zero carbon 2038, which sounds reassuring only if you don’t realise its total inadequacy. 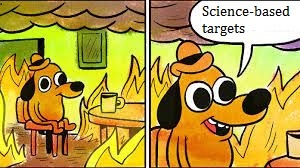 Frankly, it looks like the Council sold its citizens a dead parrot. The carbon budget was never meant to be a genuine constraint. It was supposed to be a flash in the pan, a burst of good publicity which might last during a brief wave of popular climate concern, or at least to the end of Extinction Rebellion’s occupation of Deansgate. Now that its credibility lies in tatters just three years later, there is a deathly silence. To mourn the demise of Manchester’s carbon budget, today we release a captioned version of the original Monty Python dead parrot sketch. Enjoy. At least we bring humour to a wake.

Manchester should be attending COP 26 in Glasgow with a presentation showing how it stuck to its carbon budgets during a period of emergency action. Since it has failed, a second best would be a report about lessons learned, informing the world about what went wrong, what mistakes to avoid. But the Council won’t admit failure, they will silence it. That’s why they don’t like us pointing it out; that’s why the Labour Group disciplines Councillors who speak up. This culture must change.

What is Manchester sending to the Glasgow COP instead? A wish list from a series of community events, with relatively small numbers attending, where citizens told the Council again that major changes are needed to tackle the emergency. Apparently, listening to the public is an innovative approach that the world needs to know about. Move along. The trouble is we have heard about the Council’s selective hearing. How long until the citizens who attended the climate Community Assembly feel betrayed? They should already be angry. If that’s you, let us know. We can talk.

As for the COP 26 farce, this Conference was supposed to be a big one where states ramped up their ambition so that the world would be on track to deliver 1.5 degrees. This has not happened. If countries’ promises are kept, we’ll be looking at something closer to 3 degrees of warming. This is a frightening scenario. They are planning to cook us. 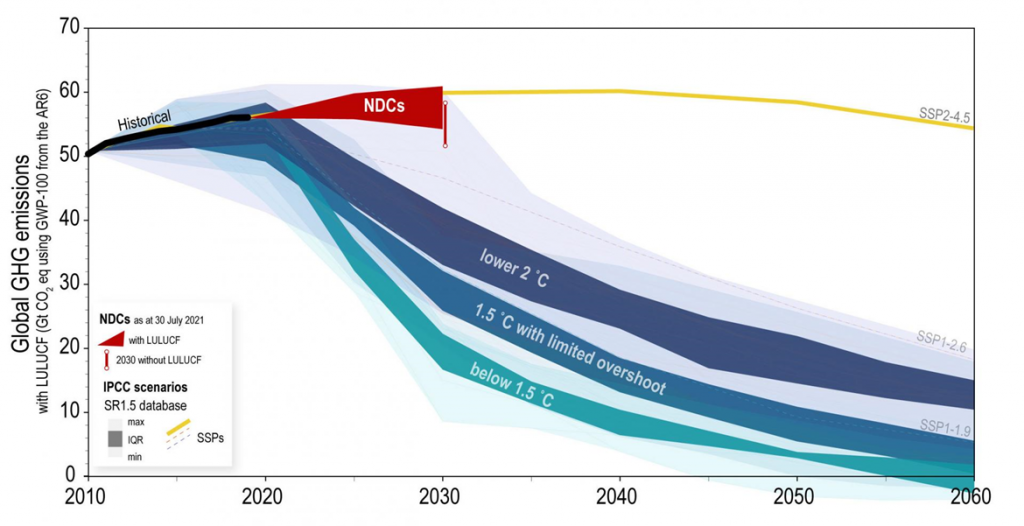 The graph above is from the UN. NDCs stand for nationally determined contributions. These are the promises of all the states that are part of the UN climate change convention. They take us on a path well beyond 2 degrees of warming, into severely dangerous futures.

The UK government will spin COP 26 as a success, regardless. Small improvements and minor policies will be heralded as great victories, to fob us off. Expect some more net zero pledges for 2050 which will get people thinking about a rosy future, rather than dread of being cooked. Keep calm and think of net zero 2038 / 2050 / 2060 etc.

COP 26 reflects the balance of global power, which is ultimately the accumulation of local political struggles. Some will march near the summit, but even thousands of bodies heaving through Glasgow streets are easily ignored, and policed. Sustained action is needed at local levels because it’s in all these places around the world that our leaders are getting away with it. Right now, we’re losing. Post COP 26, even if our expectations are low, we’ll have to get back up off the floor.

If you live, work or study in Manchester, your support can help to build pressure on local leaders to take climate change seriously. If you’d like to get (more) involved in local climate activism, even just a little, in a way that interests you, then email us and we can talk [contact@climateemergencymanchester.net].

(1)   Remember, we knew about climate change thirty years ago, but did little: this is the annual Conference of Polluters TWENTY-SIX.

1 thought on “Manchester’s climate targets and COP 26: dead on arrival?”