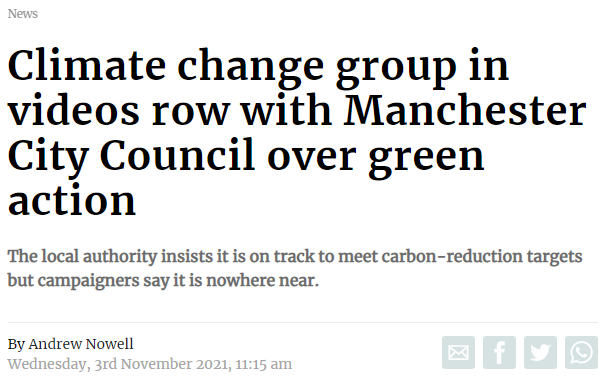 In their comments to Manchester World, Manchester City Council doubled down on their video, stating that they “100% stand by the film”. Perhaps staffers at the Council are disappointed that CEM’s video has received many more views than their own effort (1), but any such emotion did not stop them from producing YET MORE misleading statements!

The Council wants climate publicity but without responsibility

“The film is about what the council is doing to reduce emissions which are within our direct control, rather than the citywide picture which Climate Emergency Manchester is conflating it with.”

“Manchester has been taking serious action on climate change for more than two decades. By 2018 Manchester had set an ambitious zero carbon goal for 2038 at the latest – 12 years ahead of the national target.” 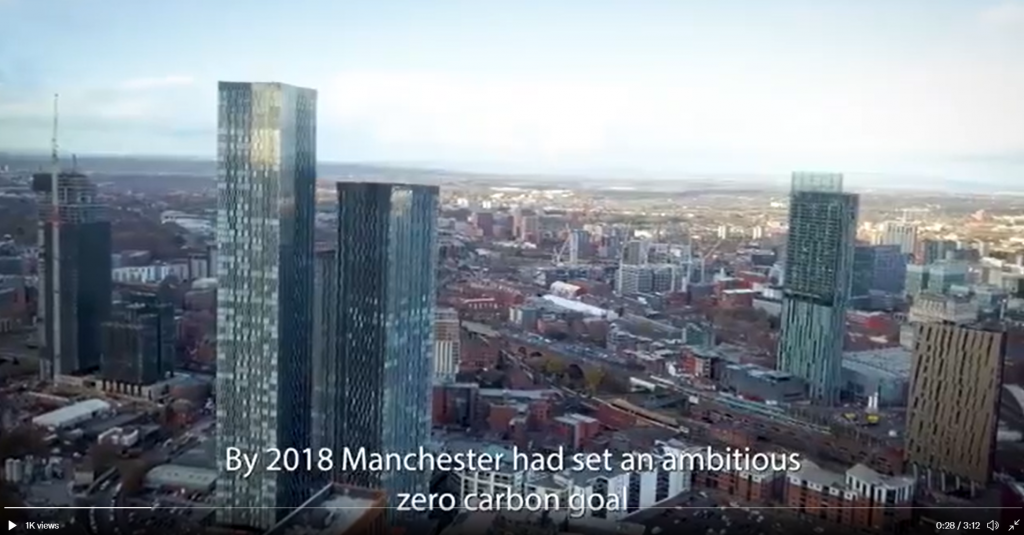 What’s more, who set the 2038 target for the city? Council bosses!

Council bosses were happy to set the 2038 target and the carbon budget because it provided them positive publicity at the time (just three years ago). Now the carbon budget is blown and the city is way off track, they are saying “it’s nothing to do with us”.

The Council wants to have it both ways, all. the. time. When feeling confident, the Council indicates that they are leading the city to zero carbon. If ever under attack, they say no no, we have nothing to do with the city’s emissions, we’re just a little council. Think of it like a giant slimey snail, hungry for publicity, which then crawls back into its shell (with apologies to snails).

The Council spins climate inaction like a giant snail

In case you’re not convinced of this pattern, let’s look again at the video, where it says:

“A citywide framework shows how the city as a whole must respond.

“Two years into our plan and we’ve achieved a lot.””

The first statement is pegged to images of Town Hall. Hmm, that looks like taking credit for the response of the city. 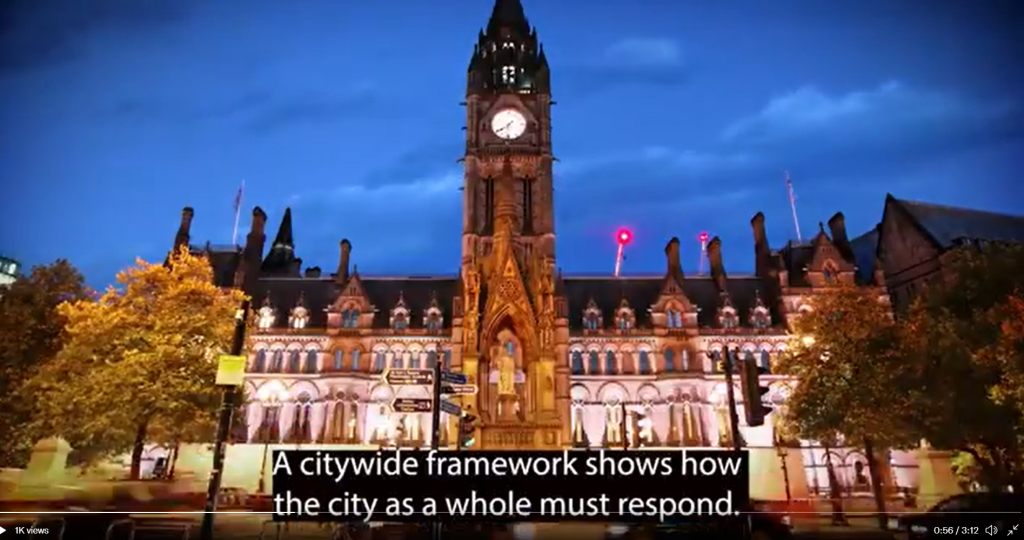 The second statement links to aerial views across the Town Hall and the city beyond. It signals a moment where the Council’s video itself conflates the issues. At this point in the video, they shift from talking about the city (where achievements are disastrously off-track, which they don’t mention), to talking about their direct emissions (where things are going better, but on a much smaller scale). 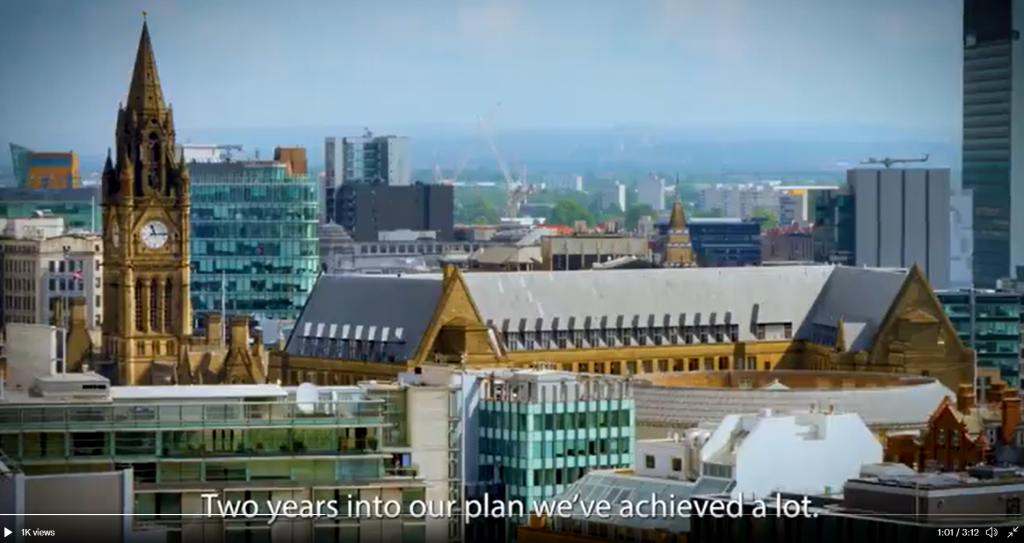 For the Council’s spokesperson to now claim that Climate Emergency Manchester’s honest account of the Council’s misleading video is conflating Council direct emissions with citywide emissions is just too rich. The Council’s own video conflates them, and the Council regularly shifts from one to the other when it suits them (like said giant snail).

From zero mention to ‘full recognition’!

Finally, most sad of all is the Council spokesperson stating that:

“We fully recognise that while the city as a whole has seen year-on-year reductions in its carbon emissions these have not yet been sufficient to say that Manchester is on the right trajectory to meet the citywide 2038 target.”

If you take a look at the script of the Council’s misleading video, they do not mention anywhere that Manchester is not on the right trajectory. This is not called full recognition. It’s called hiding the truth. The Council’s video concludes by saying “together we’ll meet those targets”. They completely fail to mention how badly off-track we are. 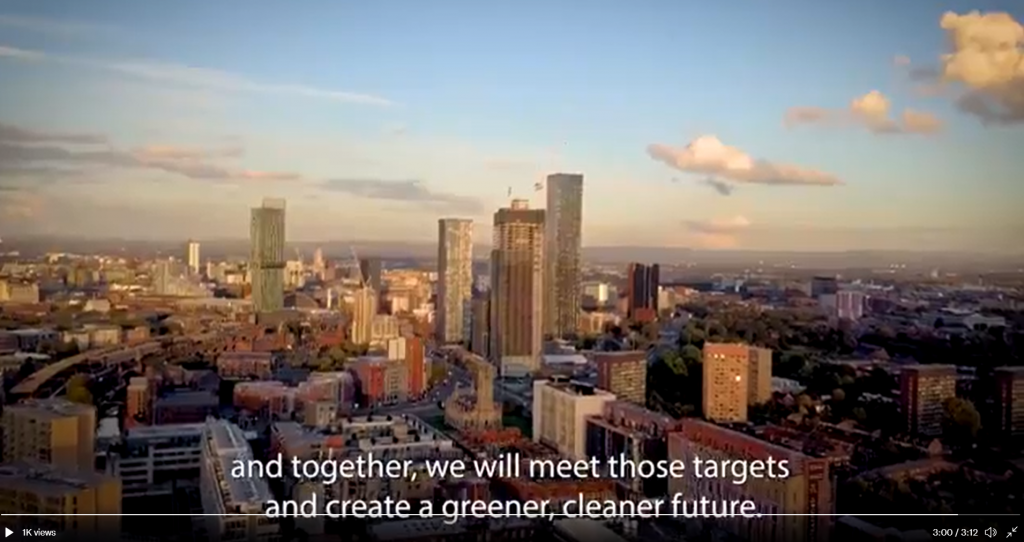 So far in this ‘row’ we have refrained from saying that the Council is lying. We’re trying to remain gentle, so we will simply say: the Council is not being honest with you. That’s why we fixed the video for them.

P.S. CEM is having a social meeting on Saturday 6th November, 5pm at Sandbar, Grosvenor Street. All are welcome.