– Tell us a little bit about who you are, what you do, and what excites you most about your work 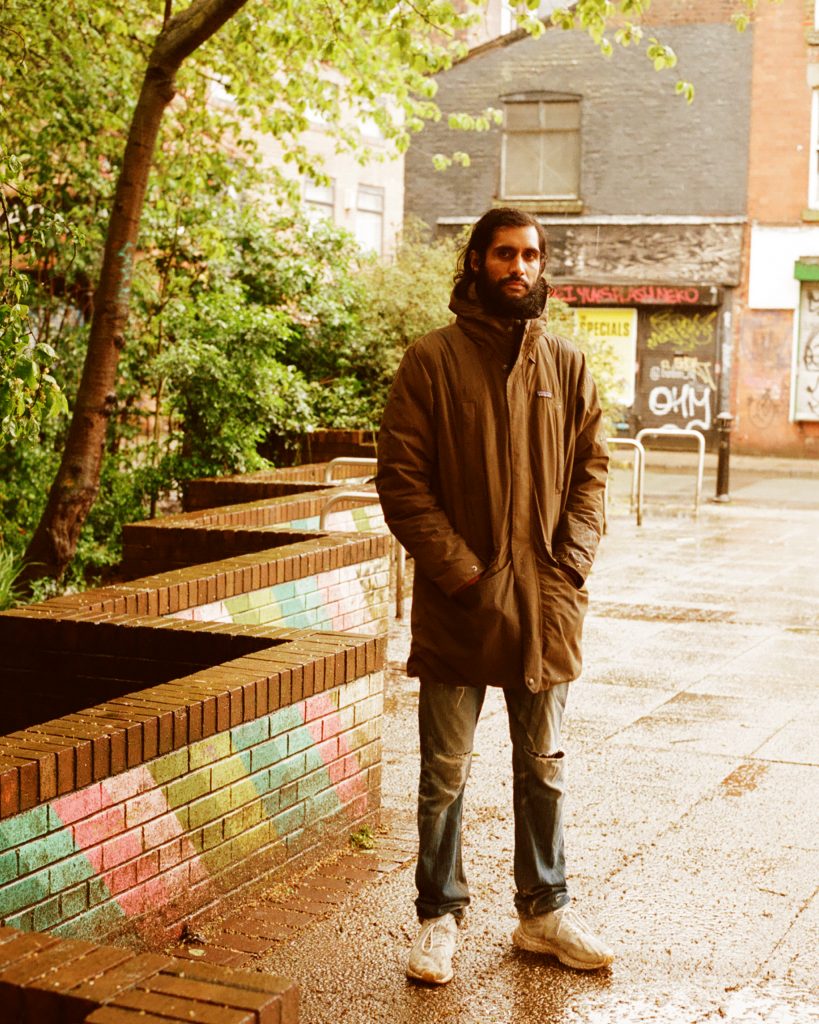 Balraj: I’m primarily a music producer, educator, DJ and a few other bits and pieces! I get excited when I’m able to work with younger people and adults and share experiences and advice so I have really found mentoring work very fulfilling recently. I also have found fusing my own ethics and perspectives with art and music really satisfying in a way I hadn’t ever thought it could be possible so I’m keen to continue exploring this space.

– Your recent project Planet-People-Power explores the link between South Asian diaspora experiences and climate change. Take us through the process of creating this powerful piece.

Balraj: Firstly, I had some ideas for the instrumental side and wanted this to be quite uplifting (as I feel the topic can be a little doom and gloom sometimes) and almost a little club-music/uk garage inspired (to connect with my musical fan base through my previous works with Swing Ting as well as my solo output) but also work with live musicians. Once I had the main chords and arrangement down I brought in Vikaash Sankadecha to play tabla parts to the track and Rakhi Singh to add violin to the work. One evening I came up with the vocal hook as a bit of a chant as to what we’re witnessing… starting ‘rain falling’ & ending with ‘Earth calling’ and we decided to put this in for the time being but then it seemed to work so we stuck with it. As the work was commissioned with Manchester Museum and Season for Change Farah had the excellent idea of using the Seasons for the structure for her verses and shifting the soundscapes to suit this (I also incorporated south asian field records and ambience into the project). We had wanted to make the track very collaborative as with the Opera North supported work “I should have hugged you tighter when we last met (oh what a joy)” which included lots of voices and interview clips to add further depth and variation to the track. I contacted peers and friends such as Gavsborg, Shanique Marie & Pandit G for contributions and conducted interviews with amazing specialists/enthusiasts including yourself Pooja(!), Alexandra Alberda and Keisha Thompson but I then had the daunting task of deciding which snippets to use. However, it turned out a lot of the snippets had nice segways into Farah’s verses. Farah also sent the Children’s contributions from family and friends which again add a different perspective. Lastly we included the Urdu verse which again sends a unique message. All in all the latter stages of the work actually took only a few months to arrange and complete but the conceptualisation and initial planning took nine months plus!

– Social justice is a key theme in another project you worked on with the Manchester Museum titled ‘Healing’ and ‘I Should Have Hugged You Tighter When We Last Met’. In these two pieces, you and Farah explore the impact of COVID-19 on communities of colour. Could you tell us a little more about this, including the most rewarding and challenging aspects of working on a project that tackles socioeconomic and racial inequalities?

Balraj: This was a performance of these two self-released tracks that we did at Manchester Museum earlier this summer in the living worlds gallery. Good fun! Both of these works definitely sought to explore difficult yet important subject matters to us and I was a little hesitant at first about how to approach this artistically as it is quite a departure from my previous musical output. However, Pandit G of Asian Dub Foundation was a massive support and source of advice as through his previous work was able to guide and offer feedback to keep adding further layers and collaborators to “I should have hugged you tighter…” he actually he suggested the title pulled from the last line of Farah’s (now legendary!) verse and connected me with tabla-player Vikaash. The work had such a positive response in the press and media which felt impactful and showed there is an audience for the style and through this format we could question and steer conversations. It was lovely to also springboard from this project to run workshops for young people unpacking the process and go on the radio to speak about the work further. “Healing” came together much quicker and was a way of bringing a positive light to what had unfolded. Pandit G suggested a follow up track and I sent the instrumental track to Farah who wrote swiftly to this with the poignant hook and verses. Again it felt right to share this uplifting work during a tough time – just coming out of the winter lockdown with people trying to keep their head afloat but it was challenging trying to get the motivation and project assets together for release on our own rather than with the support of a commissioning partner. However, Opera North, MIF and Manchester Museum really helped to push it out and Jamz Supernova at 1Xtra / 6Music were very supportive, playing the track several times on the radio – also shout to Talat at Indus Radio and Gayle Lofthouse at BBC Radio Leeds.

– Your work demonstrates the importance of exploring climate and social justice within creative projects. What do you think needs to change within the creative and cultural sectors more generally to address the climate emergency?

Balraj: I feel there is a bit of disconnect between many artists’ morals and ethics, which may be for climate justice / equality and those of the industries, representatives and powerful gatekeepers who can impact large shifts in thinking and partnerships. For example, many acts in the music world and creative cultural sector have begun relying heavily on brand collaborations rather than their sale of art yet often the corporate company and fashion brand deals may be with organisations with terrible climate records, exploitative human labour practice and poor supply chains. This is not necessarily the artist’s fault entirely. What I feel is needed are better standards in place around fairer recording deals for artists (especially those of marginalised backgrounds) so they less likely to need brand deals to earn a living, less restrictions on travel for artists to not need expensive VISAs / permits to play in different countries so they can earn more from touring (Brexit won’t help this), better / safer / faster / greener public transport so artists can travel with less emissions to gigs, more education/resources provided for aspiring artists around the interlinking issues of climate/social justice and governmental policy shifts for businesses to have better practices, standards and reporting around labour welfare / environmental impact.

– Finally, tell us a little more about your future projects (if you can!) as well as some of the themes that you would like to explore in your future work. 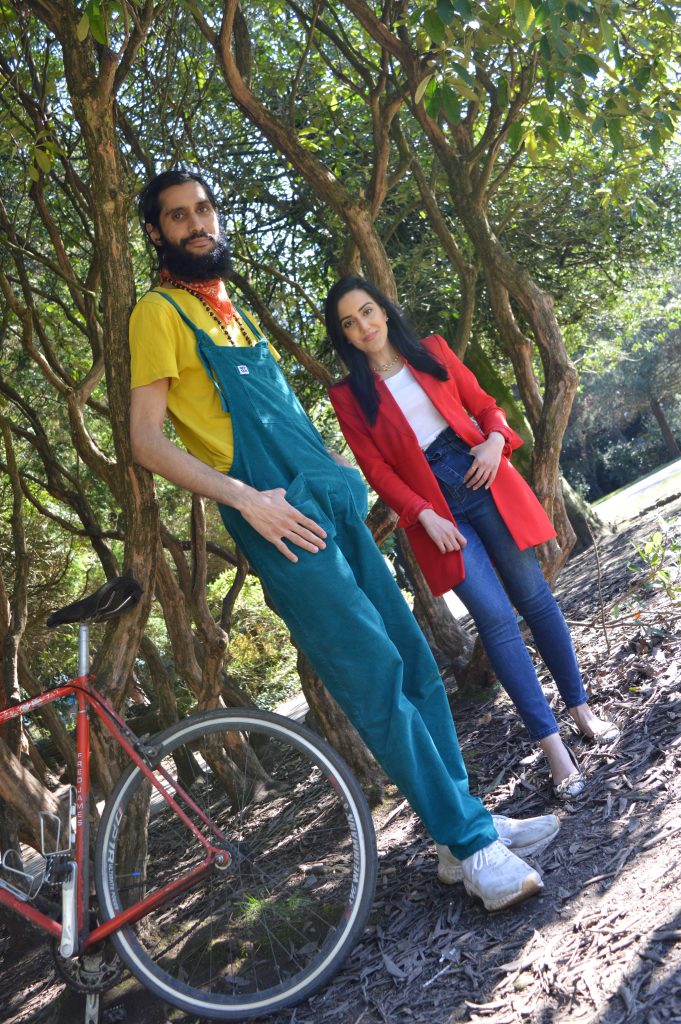 Balraj: Yes! There’s actually a project that is due to come out soon which I received support for from MIF Sounds that deals with loss in a South Asian household during the pandemic. This is my personal story and features my Mum, Bibi (Grandma) and a host of regular collaborators…

We’re working on a visual for Planet-People-Power which is exciting as I feel this could really bring a new dimension to the work.

Further to this I’m enjoying experimenting with new ideas, sounds and musicians I’ve met more recently. I want to release a project that finds a balance between the electronic/club style and South Asian influenced sounds I’ve been working with. So watch this space!