On Tuesday evening it was announced that Manchester City Council had decided to end its involvement with the Levenshulme Bee Network – a community-initiated flagship project run by volunteers that managed to successfully bid for £2.5m funding in order to create an ‘active neighbourhood’ that improved walking and cycling provisions over more car traffic using minor residential roads. Being a resident of Levenshulme, I’ve taken great interest in this project and its approach because it might have been a glimpse into what could be replicated in the future across the city to help deliver the Council’s climate action plan – communities coming together, creating a plan that the majority agree with and working with the Council to deliver improvements that can help improve a host of different problems – air pollution, CO2 emissions, public health, road safety and local businesses.

Unfortunately this more experimental approach to participatory democracy, which has been shown to work in the London Borough of Waltham Forest and has been embraced by many other local authorities across the country, was just too much for some in Levenshulme – I pity the fragility of those who appear to not be able to embrace a bit of change – how are they to cope in the next crisis or the one after that? The trial-an-error approach to create ‘filtered neighbourhoods’ – blocking minor road access to cars either permenantly to stop rat-running or during school times (to protect children and their developing lungs) has jarred with some to such an extent that it created a furious death spiral of abuse. Whilst I’ve not been in the social media scrum around this, I can only express my sympathies to those who have been the victims of abuse and that the community (and its leaders) should not tolerate or reward this sort of behaviour. Don’t let this sad situation defeat or demoralise you – learn from it and let it strengthen your resolve to grit your teeth, take care of yourselves better and do more to make sure the council honors its commitment to us as residents and citizens.

In difficult times like these we need strong and bold leadership from our elected representatives to defend those citizens who are trying their best to make our communities healthier, safer and improve the local environment. There has been an announcement yesterday from the Council about what will happen next, let’s see what transparency and leadership we get… 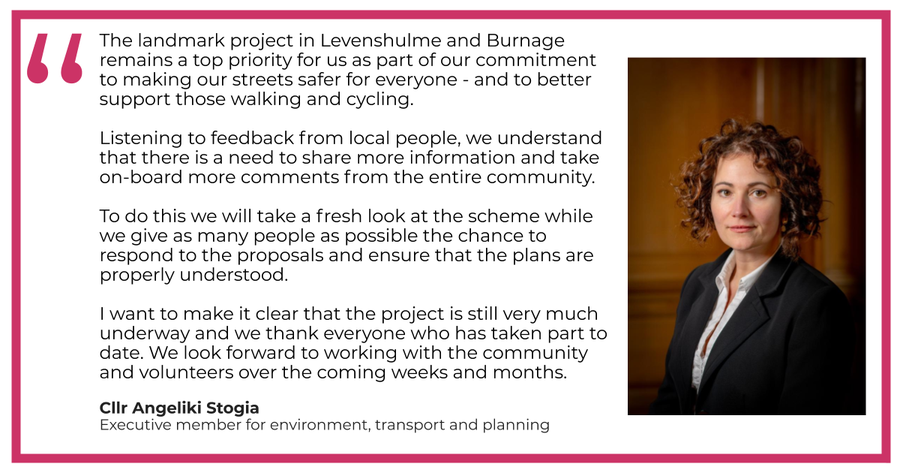 If you don’t think this sufficiently answers your questions, then I strongly suggest you sign our petition, write to your councillor and let them know how you feel about this situation and what you would like them to do – we’ve done a guide on how to lobby your councillor that is worth a read.

1 thought on “Sad demise of the Levenshulme Bee Network, what will come next?”