We get it. The City Council cannot single-handedly do everything that Manchester needs to do to “play its full part” in tackling the climate emergency. But at CEM we think they could be doing a lot more than they are. Here are three key things that don’t cost much (or in some cases, anything), but could make a big difference:

In 2018 MCC made a big deal of taking on a “science-based” carbon budget. Now I don’t know about you, but my understanding of setting a budget is that it’s something you try to work towards, not something you declare once and then ignore.

So why has the Council done exactly that – “progress” against the city’s emissions budget is not mentioned prominently anywhere on the Council’s website, it is not regularly considered at any scrutiny committees, nor does the Council talk about the changes that would be needed in the way Manchester works as a city, to actually get to the budget.

Our first request would therefore be that every time the Council mentions the objective of the City being “zero carbon by 2038”, it should in the same sentence mention the progress against the city’s emissions budget. For example, currently the city has already burned through a quarter of its 21st century carbon budget in the last 2 years, and will probably have burnt through a third when this year’s numbers are released.

Yes, these numbers make grim reading and no COVID-19 hasn’t made a significant impact. So if you make a great show of setting a budget and then fail to consider it or talk about it in any meaningful way, you could be accused of having done it as a publicity stunt…

If you’re reading this, it will hopefully not have escaped your notice that CEM and its allies ran a petition campaign during 2020, asking that the Council set up a new Scrutiny Committee with Climate and the Environment as its exclusive remit.

Although we did not get the 7th committee we were after, the Council has made some, uh, superficial changes to its scrutiny arrangements. In the meeting where this was agreed, it was also decided that all Scrutiny committees should consider climate change and its impact on their portfolio as a matter of course.

We’d love to believe that this will just happen, but because we have eyes and memories, we suspect that, without ongoing pressure, it won’t, or will happen in a superficial and useless way.

So our second request is this: All scrutiny committees should receive and properly* consider as part of the agenda no less than twice in 2021, a report on the likely impacts of climate change on the portfolio of activities that that committee is responsible for. Furthermore, the chair should make recommendations to the Executive on actions that should be taken to mitigate these impacts.

*ie, don’t stick it at the end so everyone is tired and fed up and just glosses over it, or say “can we take the report as read” and not discuss it.

Manchester Council runs on a “Strong Leader Model” of governance; all the actual power to you know, actually do stuff sits in the “Cabinet” with the Leader and his Executive members. The scrutiny committee can scrutinise all they like, but their recommendations are not binding as we have seen many times in the past.

So to make sure the people with the power to act cannot look the other way (whilst glibly claiming that Manchester is world leading or some such nonsense), our third request is as follows: A standing item at every meeting of the Executive about the city’s emissions and what is being done to drive emissions down, and get back on track with the city-wide budget.

And to make sure Citizens are clear about what their city council is doing about this, these discussions should be summarised in laymans terms on the Council’s website.

Taken together, these things do not seem likely to have a huge impact on what is a huge, complex and exceedingly difficult problem. But until MCC is prepared to enter into an honest dialogue with the citizens of Manchester, the cycle of shiny promises and disappointment, punctuated by more and more painful problems, will continue. 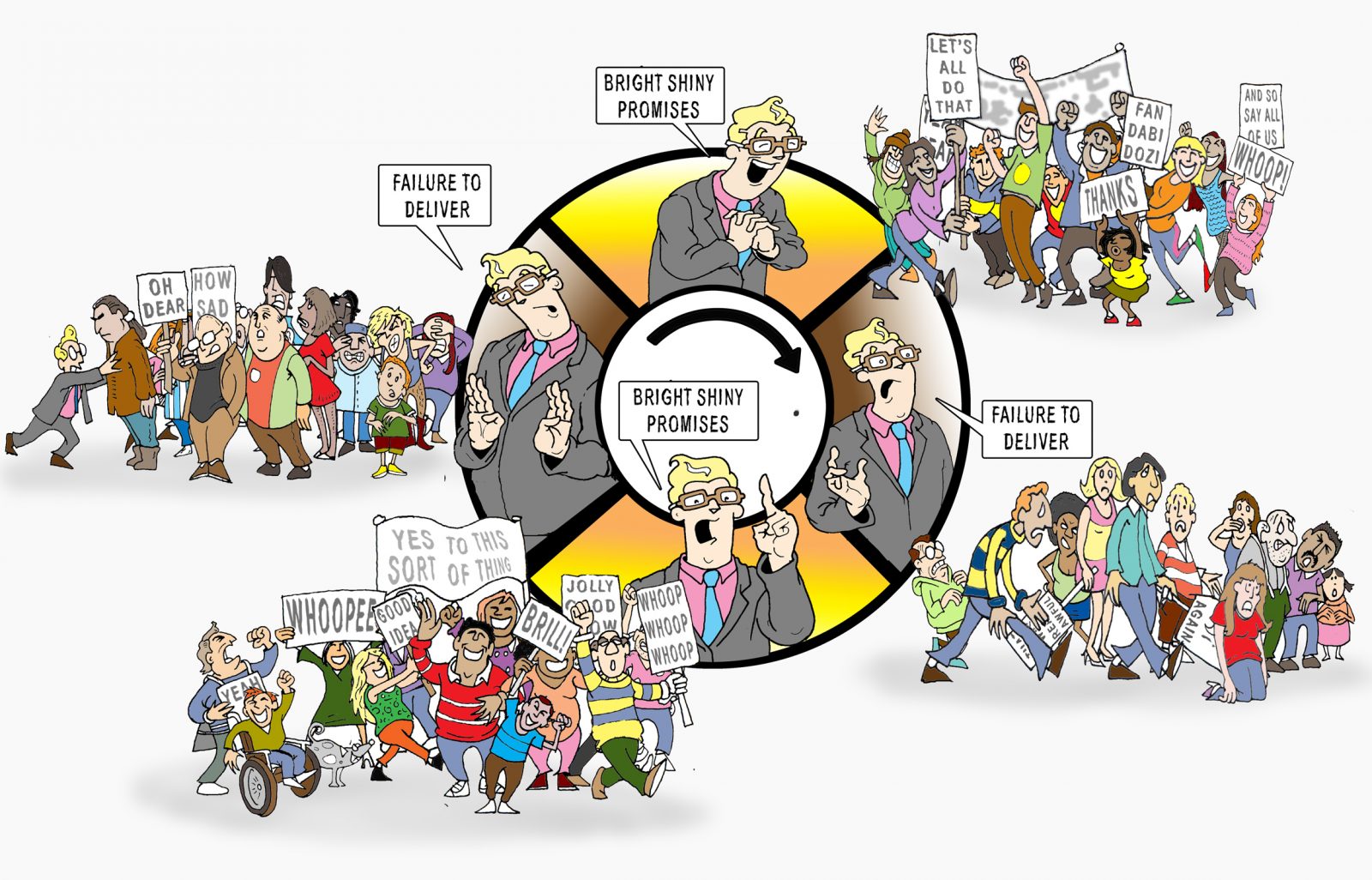