Have you broken your New Year’s Resolutions yet? Or are you, understandably, sacking off that type of thing altogether this time? We at CEM are just getting started with ours. Among our plans for 2021 is ‘Operation Scrutiny’ – a project to increase, widen and sustain scrutiny of Manchester City Council, with a particular eye on climate action.

Throughout 2020 we reported on the Neighbourhoods and Environment Scrutiny Committee (see here and here), with some of the best accounts penned by our supporters, (see here and here). NSEC is the committee at which the climate emergency is supposed to be discussed, although has been AWOL from agendas since last March. However, we know that there are many other areas of council activity which affect and are affected by the climate crisis, many other meetings at which climate action should be meaningfully discussed. We also know that we only stand a chance of building a better future if we understand the multiple, interlocking challenges facing our city and thicken networks with all kinds of groups who want to bring about change.

So, Operation Scrutiny will see us provide a short report of each of the six scrutiny committees of Manchester City Council, every month through to the Local Elections. We can’t, of course, do this alone. We’ve assembled a crack team of volunteer reporters who will help us cover the committees, supporting them to develop ACT skills where needed. In my mind, they look like a cross between the Power Rangers and Paw Patrol. 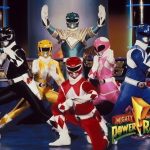 First up is the Resources and Governance Scrutiny Committee (R&G). The following report from the 12th January meeting comes from yours truly, before handing over to another member of Team Scrutiny in February.  Not least because that next meeting of R&G on 9th February will feature a discussion of the CEM petition campaign for a seventh scrutiny committee dedicated to climate policy and implementation. If you want to know more or help this final stage of the campaign, get in touch contact@climateemergencymanchester.net

What is the Resources and Governance and Scrutiny Committee?

According to the never ever wrong or out of date MCC website: “The Resources and Governance Scrutiny Committee has two broad roles. One is to keep a close eye on the Council’s finances and the other is to make sure that elected Councillors can voice residents’ concerns in an effective way to different public services, such as the Council, NHS, Police and Fire. The committee holds discussions with these organisations and use local knowledge of Manchester to recommend to them how they can ensure their services meet the needs of residents. Areas of interest include finances, Council buildings, staffing, corporate and partnership governance as well as Council tax and benefits administration”.

The January meeting reflected this description, with a couple of the main items on Council finance (following the November Spending Review and ahead of Budget process) and a couple on the governance of Council housing

R&G is also one of the smaller Scrutiny Committees in terms of numbers of councillors, with twelve members including the Chair. Compare that to NESC which lumbers in with a massive seventeen council members and a sprawling remit that makes it difficult to get through business on time.

What were the major items discussed at this meeting? What was the level of scrutiny like, and what did we learn about Manchester City Council’s response to the climate emergency?

From the update on the provisional local government financial settlement we learned that the monies the Chancellor promised in November were better than expected but still inadequate, with savings (~£50m) needing to be made. The three main problems with what national government has offered councils across the country are: no allowance for loss of commercial income during the Covid-19 pandemic, no ability to undertake longer-term planning (this financial settlement was a one-off), and no proper settlement for adult social care. A statutory duty, adult social care’s additional costs during this plague year now look set to be funded through a 5% Council Tax increase, a regressive measure that will hit the poorest areas hardest.

The second  finance item, an update on the Council’s capital investment priorities, showed that there is still money, still ambition to spend – when there is also the will. Indeed, Chair Sarah Russell (Northenden) and Councillor Andrew Simcock (Didbsury East) praised this aspect. drawing attention to the £12m planned for parks and additional spending on road safety.

In sum, Council Finances are of course in an uncertain situation, but not as dire as once was predicted. Spending is still planned. This is worth remembering if (when) we hear that there is no money for the climate emergency.

Turning to the second broad role of R&G – Council Services – we then heard two items on Housing, with a focus on the plans to bring the Council’s Housing ALMO (Arm’s Length Management Organisation) back in house and reports on how the Council manages its Tenant Management Organisations. A presentation from a senior housing officer turned into a history lesson on the regeneration of Plymouth Grove, Ardwick. But even this highly partial account could not mask the problems that have surrounded the Council’s housing PFIs (Private Finance Initiatives), particularly in Brunswick, since their birth in the early 2000s. Crucially, the questions from Councillors were probing. Councillor Bernard Priest (Ardwick) pointing out the shortcomings of housing governance (lots of meetings, not the same people attending them all) and Councillor Hannah Priest (Charlestown) reminding us of the danger of using resident / tenant engagement as a box ticking exercise and simply asking: is there way to do things better? It was also refreshing to see Councillors (Wheeler, Russell) acknowledge that they would benefit from training on an issue (in this case, Housing Revenue Allowance).

Councillor Ben Clay (Burnage) then asked a question about retrofit. The query was sound: a fear that there was insufficient investment planned for the huge but necessary task of retrofitting Manchester’s existing housing stock. But the key point is that this question has been raised recently elsewhere, in other committees. With such a scattered approach to policies addressing the climate crisis– the same questions briefly popping up in different places, rather than in one sustained forum with clear accountability – we will remain stuck in groundhog-esque cycles of inaction.

Finally, we ended on the Our Manchester strategy refresh. This item will appear in all of the Scrutiny Committee agendas this week. I’ll be interested to see how the others respond. At R&G, all made warm noises about the ambition for greater citizen empowerment and culture change. But what does this look like in practice?

I’m interested, or at least vaguely intrigued. What can I do?

Getting in touch with us to help us with our campaign ahead of the next R&G (did we mention that?)

Participating in consultations – the Our Manchester strategy refresh might be over, but there are other consultations currently open, mainly at the Greater Manchester level. The consultation on the buses is open until 29 January 2021 (you can reply quickly using the draft text from the Better Buses GM campaign). A GM Clean Air consultation closed just before Christmas; we’ll be looking out for the results soon. And if you think there are simply better ways of doing consultations altogether (materials in languages other than English?) let us and your councillors know.

If you want to know more about housing campaigns, a good place to start is Greater Manchester Housing Action.  There is also a Manchester branch of ACORN and the GM Tenants Union.

Alternatively, if you are trying to spend less time in front of screens and more time with a good old fashioned book, let us recommend you some material on the topics arising.

All would be fine ways to set about your New Year’s (reading) resolution.